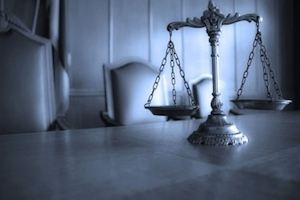 On March 20, 2014, after a seven-year legal battle, a federal jury ruled unanimously in favor of Professor Mike Adams in his religious discrimination lawsuit against the University of North Carolina at Wilmington. Professor Adams sued his employer for discriminating against him because of his religious and political views. In Adams v. The Trustees of UNC-Wilmington, the jury in the U.S. District Court for the Eastern District of North Carolina, Southern Division considered whether the University discriminated against Dr. Adams by denying him a promotion because of his personal views. On April 9, the Court ordered UNC-Wilmington to “confer upon plaintiff full professorship as of the date of this order, with pay and benefits in the future to relate back to August 2007, when plaintiff ’s 2006 promotion applica- tion would have gone into effect had it been successful.”

Dr. Adams, who is a criminology professor at UNC-Wilmington and a popular conservative commentator, filed a lawsuit against UNC-Wilmington in April 2007 with the help of Alliance Defending Freedom (ADF). According to ADF, after Dr. Adams converted to Christianity from atheism, he was “subjected to intrusive investigations, baseless accusations, and the denial of promotion to full professor even though his scholarly output surpassed that of almost all of his colleagues.”

In March 2010, the U.S. District Court for the Eastern District of North Carolina ruled that Professor Adams’ national syndicated columns are not protected by the First Amendment but represent “official” speech because he referred to them in a promotion application. In April 2011, the U.S. Court of Appeals for the Fourth Circuit disagreed with the district court, ruling that, “no individual loses his ability to speak as a private citizen by virtue of public employment….”The Fourth Circuit sent the case back to the district court, which ruled in March 2013 that there was sufficient evidence for a jury trial in the case.

In his Townhall.com column on March 17, 2014, Dr. Adams wrote that he intends to urge the North Carolina Senate to pass “a religious liberty bill modeled on one already passed in Ohio” that would prevent “UNC administrators from interfering with the belief requirements for officers and members of religious and all other belief-based student organizations.” A version of that legislation, House Bill 735—Student Organizations/Rights & Recognition, passed the North Carolina House during the 2013 session but was never considered by the Senate, so it is still eligible for consideration during the 2014 Short Session, which begins this May.

A Superior Court judge suspended North Carolina’s new education Opportunity Scholarship program only days before recipients were to be notified of their acceptance. On February 21, Wake County Superior Court Judge Robert Hobgood issued an injunction halting implementation of the program while a lawsuit filed by the North Carolina Association of Educators and the North Carolina School Boards Association makes its way through the courts. Supporters of the program appealed to the N.C. Court of Appeals to have the injunction lifted, but on April 2, the Appeals Court refused to consider the request, leaving the injunction in place. After Attorney General Roy Cooper did not appeal the injunction (saying that he would defend the lawsuit on the merits), N.C. Senate leader Phil Berger (R–Rockingham) and N.C. House Speaker Thom Tillis (R–Mecklenburg) filed a motion to intervene to appeal the injunction.

In 2013, the N.C. General Assembly appropriated $10 million to help parents in eligible lowerincome families receive scholarship grants of up to $4,200 per child to pay for tuition and fees at private schools beginning in the 2014-15 school year. To qualify, students must currently attend a public school and be eligible to receive free or reduced lunch. Parents may apply for scholarships for more than one child, but the parent’s name will only be entered once into a random selection lottery. If a parent’s name is selected, all eligible children on their application will be eligible for a scholarship. The News & Observer reported that over 4,700 applications were submitted for the scholarships. Recipients of the roughly 2,400 scholarships, determined by random lottery selection of eligible applicants, were scheduled to begin being notified on March 3.

A federal appeals court ruled in February that North Carolina cannot offer a license plate bearing the pro-life message, “Choose Life,” because the state does not also offer an alternative license plate with a pro-abortion message. In a unanimous opinion issued February 11, a three-judge panel of the U.S. Court of Appeals for the Fourth Circuit found that North Carolina’s “Choose Life” license plates represent “blatant viewpoint discrimination squarely at odds with the First Amendment.” This decision follows a similar ruling by a federal district court.

The Fourth Circuit’s conclusion contradicts a 2006 ruling by the U.S. Court of Appeals for the Sixth Circuit in an almost identical case. In its decision, the Sixth Circuit upheld the constitutionality of Tennessee’s Choose Life plates, despite the fact that the state does not offer an alternative pro-abortion plate.

Pro-life drivers in North Carolina started applying for the “Choose Life” plate soon after the General Assembly approved it in 2011, along with about 70 other specialty plates. After nearly a decade of efforts to gain legislative approval, the “Choose Life” plate was added to the list of nearly 150 specialty license plates available to North Carolina drivers. The money generated by the sale of the “Choose Life” license plates would be earmarked for the Carolina Pregnancy Care Fellowship. According to the authorizing legislation, these funds shall be distributed annually, “to nongovernmental, not-for-profit agencies that provide pregnancy services that are limited to counseling and/or meeting the physical needs of pregnant women … and shall not be distributed to any agency, organization, business, or other entity that provides, promotes, counsels, or refers for abortion….”

Almost immediately after the “Choose Life” plates were approved, the American Civil Liberties Union of North Carolina Legal Foundation turned to the courts in an effort to stop the issuance of the plates.

As recently as 2008 and 2009, federal appeals courts have ordered and upheld the issuance of “Choose Life” plates in Arizona and Missouri. Additionally, lawsuits seeking to overturn the specialty license plates in Florida and Tennessee have ultimately failed. In 2004, the Fourth Circuit held that a similar law authorizing “Choose Life” license plates in South Carolina was unconstitutional viewpoint discrimination, because the legislature authorized only one viewpoint. Since that time, the South Carolina General Assembly has addressed the concerns of the court, and Choose Life plates are now legal in the Palmetto State. If the State decides to proceed further, it may seek to have the decision reviewed by an “en banc” hearing of the full Fourth Circuit Court or ask the U.S. Supreme Court to review the case.

North Carolina Attorney General Roy Cooper has appealed a January ruling by a federal district court that the ultrasound portion of the state’s Woman’s Right to Know Act (WRTK) is unconstitutional. This action occured after U.S. District Court Judge Catherine Eagles ruled on January 17 that the WRTK provision that requires abortion providers to display and describe ultrasound images to all women seeking abortions violates the First Amendment rights of abortion providers and abortion-minded women.

On January 30, the North Carolina Family Policy Council sent letters to both Governor Pat McCrory and Attorney General Roy Cooper, urging the State of North Carolina to appeal that ruling. Governor McCrory told the media that he does not support an appeal of Judge Eagles’ decision.

The NCFPC’s letters to Gov. McCrory and Attorney General Cooper explain that the ultrasound provision “is designed to ensure that a woman considering an abortion has access to the entire complement of information that is available and necessary to achieve fully informed consent.” The letters cite a 2012 decision by the U.S. Court of Appeals for the Fifth Circuit, which determined that similar provisions in a Texas state law were constitutional.

Additionally, on March 27, an unanimous panel of the U.S. Court of Appeals for the Fifth Circuit reversed a lower court’s decision and allowed Texas’ sweeping pro-life law to go into effect with the exception of a minor provision related to abortion clinics that are awaiting a response regarding their admitting privileges at a hospital.