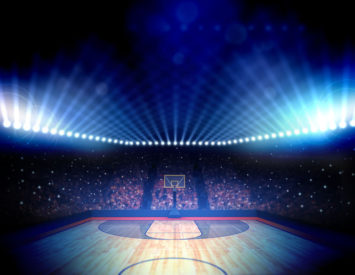 A bill that would have legalized Daily Fantasy Sports (DFS) gambling in North Carolina was pulled from consideration after being debated in a State House committee this morning.  Although the fate of the bill, HB 279—Fantasy Sport Regulation, remains up in the air, the pushback from many members of the Judiciary IV committee helped contribute to it being removed from consideration.

Bill sponsor Rep. Jason Saine (R-Lincoln) began the debate by stating that Daily Fantasy Sports is not gambling. “I’ll repeat that for you. This bill in no way authorizes sports betting or any other form of gambling.” However, that is precisely is the point of contention in this debate: whether DFS is gambling or not. If passed, HB 279 would explicitly designate that Daily Fantasy Sports is NOT gambling and exempt it from all criminal laws as well as many of the rules and regulations that apply to other legalized gambling activities in the state.

NC Family president John L. Rustin testified in opposition to the bill in committee. “Daily Fantasy Sports is gambling!” Rustin said. “The way these games are structured, an incredible number of variables beyond the participant’s control or ability to predict determine whether he or she wins or loses money. The elements of chance predominate over the elements of skill, and that’s exactly how gambling is defined in North Carolina statute and by North Carolina courts.”

Also testifying before the committee, an attorney representing DFS companies DraftKings and FanDuel suggested that DFS participants are no different from players who pay an entrance fee to participate in a golf tournament where the outcome is predominantly determined by their skill.

Members of the committee appeared to be divided on whether or not DFS should be classified as gambling, but a majority agreed that there should at least be more oversight than was proposed in the bill. An amendment offered by Rep. Harry Warren (R- Rowan) that would create a “gaming commission” in North Carolina was approved by the committee without dissent. Then Rep. Bert Jones (R- Rockingham) proposed an amendment that would have removed the part of the bill stating that DFS is not gambling and would be exempt from all NC criminal statutes. At that point, the bill sponsors decided to pull the bill from consideration by the committee.

This is the second time this bill has failed to pass through a committee. Last session, the bill was defeated by a vote of 7-4 in the House Committee on Regulatory Reform.

Thank you to those who responded to NC Family’s Action Alert and contacted your State House members to encourage them to oppose this bill! If you have not already, you still have time to contact your House Member and ask him or her to stand against this gambling bill. Simply visit NC Family’s Action Center and click on the Daily Fantasy Sports Action Item.