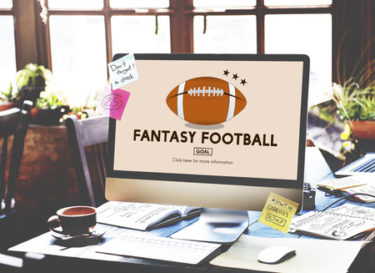 This afternoon, a State House committee soundly rejected a bill that would have legalized Daily Fantasy Sports gambling in North Carolina. The bill, HB 279–Fantasy Sports Regulation, was defeated by a vote of 4-7 in the House Committee on Regulatory Reform.

NC Family president John L. Rustin testified in opposition to the bill in committee. “Daily Fantasy Sports is gambling!” Rustin said. “The way these games are structured, there are an incredible number of variables beyond the participant’s control or ability to predict, which determine whether he or she wins or loses. The elements of chance far outweigh the elements of skill, and that is exactly how gambling is defined.”

Rustin also pointed out that the bill would not “regulate” Daily Fantasy Sports gambling—as the bill title suggests—but would simply require these commercial gambling operations to register with the Secretary of State. “There are no substantive monitoring and enforcement measures to ensure, for example, that minors are not participating,” Rustin told the committee. “The only risk a Fantasy Sports gambling operator faces for violations of the law is to have their registration revoked and possibly a civil fine of $1,000. Just to put this into perspective,” Rustin said, “according to Forbes, FanDuel and DraftKings spent a combined total of over $500 million on advertising in 2015!”

Finally, Rustin observed that a section of HB 279 could be interpreted as to completely exempt Daily Fantasy Sports gambling operations from prosecution under North Carolina’s criminal laws.

Daily Fantasy Sport gambling has become a much-debated issue in recent years as online gambling companies like FanDuel and DraftKings have exploited a loophole in federal gambling laws to substantially increase their operations and revenues. Unlike the historic season-long fantasy sports contests where individuals create a “team” of players for an entire season and compete against friends for fun, Daily Fantasy Sports has developed into a high-stakes form of Internet-based gambling. These contests are not season-long, but restart constantly and are typically played against strangers for money.

HB 279 may have been defeated in the House Regulatory Reform Committee, but opponents of gambling expansion must remain vigilant, because gambling legislation often finds a way to reappear. NC Family will keep our eyes and ears open and let you know if we hear of efforts to resurrect this dangerous bill.