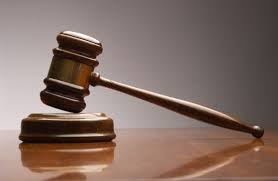 The tide shifted this week in the legal battle over marriage when a judge issued the first federal court ruling in over a year that upholds a state Marriage Protection Amendment as constitutional. In a 32-page decision issued on September 3, U.S. District Judge Martin Feldblum upheld the constitutionality of Louisiana’s Marriage Amendment, which states that marriage in Louisiana “shall consist only of the union of one man and one woman.” In his opinion, Judge Feldblum concluded, “There is simply no fundamental right, historically or traditionally, to same-sex marriage,” and that “Louisiana has a legitimate interest under a rational basis standard of review for addressing the meaning of marriage through the democratic process.”

The ruling in Louisiana ends a year-long streak of legal victories in federal courts for same-sex “marriage” proponents, which began in June 2013 when the U.S. Supreme Courts struck down a portion of the federal Defense of Marriage Act in its landmark United States v. Windsor decision. Since the Windsor ruling, nearly 40 state and federal courts have ruled against state marriage protection laws. While the majority of courts have used Windsor as justification for striking down these laws, Judge Feldblum actually cited Windsor in his decision to uphold Louisiana’s law. “Windsor repeatedly and emphatically reaffirmed the longstanding principle that the authority to regulate the subject of domestic relations belongs to the states, subject to indistinct future constitutional guarantees that in Windsor were, by its expressed limits, left open and rather inexact,” he wrote.

Judge Feldblum’s decision contains many powerful truths about the purpose of marriage, the importance of the current democratic debate over marriage, and the authority of states to define marriage. Following are a few key quotes:

Although Judge Feldblum is the first federal judge to uphold a state marriage protection law since the Supreme Court’s Windsor ruling, a state judge recently upheld Tennessee’s right to protect marriage through a constitutional amendment and also cited Windsor for support. Ultimately, both the Louisiana and Tennessee rulings prove that the redefinition of marriage is not inevitable, despite the claims of same-sex “marriage” proponents. Both rulings should help move the legal battle over marriage closer to the U.S. Supreme Court, which has been asked to review challenges involving state marriage protection laws in Utah and Virginia.

As the legal battle over marriage continues, our prayer should be that the Supreme Court will uphold the principle affirmed in Windsor that states have the authority to define marriage, and will leave the marriage protection laws of every state, including North Carolina, intact.