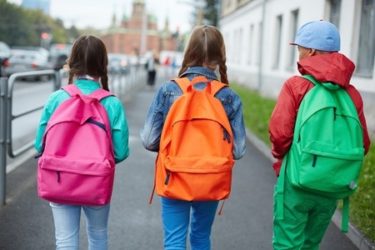 While much of the national debate on keeping kids safe in school has centered on guns, a committee of the North Carolina General Assembly is jumping in to study a wide range of causes and solutions for school violence. The new Select Committee on School Safety met for the first time last week in Raleigh.

According to Speaker of the House Tim Moore, who appointed the committee, the interest in this issue on both sides of the aisle is unprecedented. He expressed his hope that the bipartisan committee will work through “…a deliberative process. One where folks don’t go into corners and yell at each other but one where we all sit together and try to come up with common sense solutions.” He continued by saying, “there is no single solution to this situation [but it] starts with understanding how state and local agencies work together to protect students and teachers.”

On that note, the Director of the State Bureau of Investigation (SBI) Bob Schurmeier told the committee, “We think our sweet spot in this is to help identify these potential suspects before they do the act, and intervene with local law enforcement and other service providers.” The SBI presented a list of recent potential threats that were stopped in North Carolina around school campuses.

According to SBI Special Agent Elliott Smith, who also spoke to the committee, the SBI utilizes two already established networks that “serve as a hub of information.” The Fusion Centers, an initiative of the U.S. Department of Homeland Security, supports “the receipt, analysis, gathering, and sharing of threat-related information between the federal government and state, local, tribal, territorial (SLTT), and private sector partners.” In North Carolina, there is a similar statewide network called the Information Sharing And Analysis Center (ISAAC). These two networks together link: FBI, Department of Homeland Security, NC Highway Patrol, Alcohol Law Enforcement Agency, NC DMV (which includes running license plates and new facial recognition capabilities), the University System, and the Community College system.

This is not the first time North Carolina lawmakers have tackled school safety. The process began in 2013 when the General Assembly created an anonymous tip line to make it easier for students to report safety concerns and bullying in their schools.

NC Superintendent of Public Instruction Mark Johnson assured the committee that school safety would be a priority for them in the coming months. “This is important work and it’s going to be one of the top issues we are going to talk about going into the short session.”

If you would like to listen to the committee proceedings from March 21, that audio and all the materials presented to the committee are available on the Select Committee on School Safety web page.

Make sure you are receiving NC Family emails so you won’t miss updates on this story. You can also follow NC Family on Facebook and Twitter.