Be Vigilant and Engaged as School Year Begins 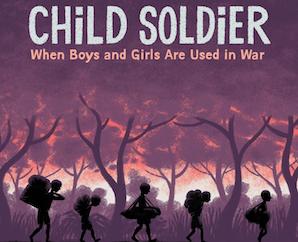 As elementary school teachers used to say: It’s time to put our thinking caps on! But parents and teachers, this admonition is also for you! The new school year often brings new content and curricula, which can introduce new forms of objectionable material and subject matter that is inappropriate for our children.

A good example is a book on the recommended reading list for 5th grade language arts classes in Wake County Public Schools. Wake County recently adopted the language arts curriculum from EL Education for grades 3-6. (Local schools systems are free to adopt their own curricula in line with standards set up by the Department of Public Instruction.) The book is called Child Soldier: When Boys and Girls Are Used in War, by Michel Chikwanine and Jessica Dee Humphreys.

The book features graphic details about a five-year-old boy in Africa who is kidnapped by rebel terrorists and forced to be a child soldier. The child and his friends are snatched from the school playground. When they arrive at the kidnappers’ location, they all step out of the back of a truck onto something crunchy, which turns out to be a human skeleton without a skull (p.17). The kidnappers then cut the boy’s arm and rub in a mixture of gunpowder and cocaine (p.18). On pages 20 and 21, the little boy is blindfolded and forced to shoot a gun. When his blindfold is taken off, he discovers he has killed his best friend. His mother and sisters are raped in front of him on page 37, while he is forced to watch. (Although the authors refrain from going into explicit detail about what is happening at this point in the story.) And the grand finale includes his father being poisoned by those he has opposed and his two older sisters disappearing, one forever. All of this is presented in a comic book format.

I read the book yesterday, and I couldn’t sleep for hours last night as I replayed the horrible story and images presented in the book. I can only imagine what kind of impact it might have on a 5th grader! We are not arguing that the story should not be told, but it is reasonable to suggest that it is not appropriate content to be included on a recommended reading list for an elementary school classroom.

NC Family has requested a response from Wake County school officials, and we’ll keep you updated on what we hear back. The moral of this story is that, as the school year starts, parents and teachers need to be engaged and vigilant in reviewing materials, reading lists, consent forms, and the like, and endeavor to catch these kinds of issues that may be lurking at your own child’s school.