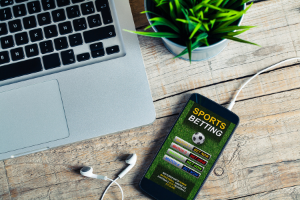 The North Carolina General Assembly is in Raleigh this week to focus on redrawing state legislative and congressional district maps after the North Carolina Supreme Court ruled earlier this month that the previously drawn maps were unconstitutional. With lawmakers back in town, there is a chance that other legislation may be taken up for consideration. SB 688–Sports Wagering is one such bill, which would legalize betting on professional, collegiate, amateur, and electronic sports in North Carolina. The bill passed the Senate in August 2021, and the House Commerce Committee in November 2021.

Please TAKE ACTION NOW! Contact your State House Representative and urge him or her to oppose SB 688,and any legislation that would legalize the dangerous and predatory practice of gambling in North Carolina!

Following all of the media hype and advertising by sports gambling companies leading up to the Super Bowl on Sunday, the push for sports wagering is at an all-time high. You may have even seen that Governor Roy Cooper joined the bandwagon, recently announcing his support for legalizing sports betting across North Carolina.

As a result, there has never been a more critical time to stand against the passage of gambling legislation. As the ERLC said in a recent article, “Without the legal, administrative, regulatory, and promotional advantages provided by state governments, predatory gambling would not be spreading so quickly into mainstream American life…”

Advertisements for sportsbooks such as FanDuel, Caesars, and DraftKings promise riches and happiness if you simply bet with them. But despite the seemingly positive advertising bombarding us—particularly during major sporting events like the Super Bowl—the facts are far more dangerous and sobering. We know the human cost of predatory gambling and gambling addiction, including increases in divorce, alcoholism, drug addiction, abuse, job loss, and suicide. Predatory gambling also adversely targets racial and ethnic minorities.

Join NC Family in opposing SB 688 and the legalization of sports betting in North Carolina by TAKING ACTION NOW and contacting your State House Member!