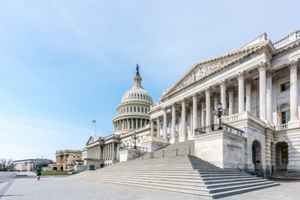 The U.S. Senate is scheduled to vote next week on S. 1975 – Women’s Health Protection Act, a radical pro-abortion bill that would not only codify Roe v. Wade, but also would allow for late-term, post-viability abortions with basically no limitations. Furthermore, according to our friends at Family Research Council (FRC), the bill would repeal almost every pro-life state law, from those banning tele-med abortions to those requiring informed consent and a certain waiting period before a woman can have an abortion, such as North Carolina’s 72-hr waiting period.

Last September, the U.S. House passed this bill by a 218-211 vote. We cannot allow the same thing to happen in the Senate! FRC has put together an Action Alert allowing people to contact their U.S. Senators and urge them to oppose S. 1975.

Please TAKE ACTION and tell Senators Richard Burr and Thom Tillis to stand for life and vote against S. 1975.

You are able to personalize the language of this alert, and we encourage you to do so. The more personal your message, the more effective it will be. Also, please pass this alert on to your family and friends and ask them to take action as well. Lives literally hang in the balance!