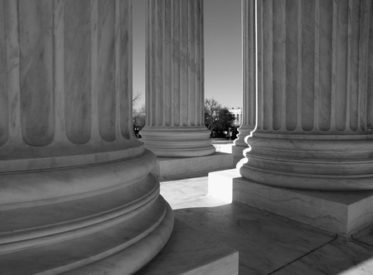 Today, August 13, the U.S. Court of Appeals for the Fourth Circuit denied a Virginia Circuit Court Clerk’s request to temporarily stay its July 28 decision striking down Virginia’s marriage laws, while a request is filed with the U.S. Supreme Court to review the case. As we previously reported, Alliance Defending Freedom (ADF) attorneys, who represent Prince William County Clerk of Circuit Court Michele B. McQuigg, filed a motion on August 1, asking the Fourth Circuit to put its 2 to 1 decision in Bostic v. Schaefer on hold, while a petition for writ of certiorari is filed with the U.S. Supreme Court.

Despite the fact that the Supreme Court and the U.S. Court of Appeals for the Tenth Circuit have issued stays of similar decisions in lawsuits involving challenges to marriage laws in other states, the Fourth Circuit denied ADF’s request for a stay of its Bostic decision on August 13. Absent a stay, the Bostic ruling is set to take effect in Virginia on August 18.

ADF intends to ask the U.S. Supreme Court to put the Fourth Circuit’s ruling on hold before it goes into effect. “Because the 4th Circuit chose not to place a hold on its decision as other courts-including the U.S. Supreme Court-have done in nearly identical cases, we intend to ask the high court to do so in this case before the 4th Circuit’s mandate goes into effect,” ADF Senior Counsel Byron Babione said in a statement. “We trust the Supreme Court will grant our request in order to ensure an orderly and dignified resolution of this important constitutional question.”