ALERT: YOUR CALLS NEEDED TO STOP GAMBLING CASINO IN NC! 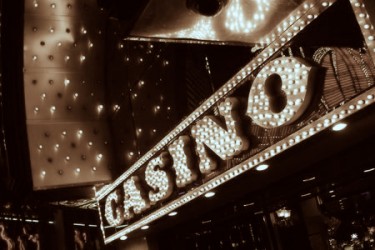 Yesterday afternoon, NC Family was alerted to a major push in Congress that could result in a massive Las Vegas-style gambling casino being located in our state, and we need your help to OPPOSE this effort!

Apparently, U.S. Senator Lindsey Graham from South Carolina is trying to add language to the Omnibus Appropriations Bill that would pave the way for the South Carolina-based Catawba Indian Nation to establish an enormous 220,000 square foot gambling casino along the I-85 corridor in Kings Mountain, North Carolina, just west of Charlotte.

The U.S. Senate is scheduled to vote on the Omnibus Appropriations Bill as early as tomorrow, so your swift action is extremely important. (Although we have not seen the specific language Sen. Graham is proposing, we have verified through multiple sources that this is a real and legitimate threat!)

Please contact both of North Carolina’s U.S. Senators immediately and ask them to OPPOSE any efforts that could allow the South Carolina-based Catawba Indian Nation to establish a massive gambling casino in North Carolina just west of Charlotte.

Background:
As you may recall, the South Carolina-based Catawba Indian Nation has been trying for over two years to convince the U.S. Bureau of Indian Affairs to take a parcel of land (located just outside of Kings Mountain, N.C.) into trust on the tribe’s behalf. If this happens, the tribe would clear a first major hurdle in its plan to erect a 220,000 square foot gambling casino in North Carolina.

NC Family has thoroughly researched this issue and is convinced the Catawba Indian Nation does not currently have the right the pursue a casino in North Carolina, based on legislation that was passed by the U.S. Congress and the South Carolina General Assembly in 1993 and agreed to by the Tribe. For more details, read our magazine article, “Going Off The Reservation,” by attorney Christopher Derrick, which appeared in the Spring 2014 issue of Family North Carolina magazine.