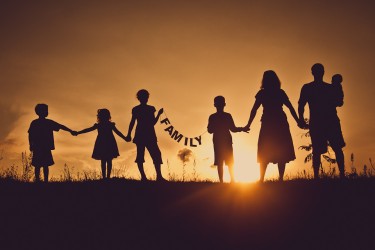 Many people were surprised by the outcome of the 2012 General Election. There are always surprises. At the national level, we are concerned about sanctity of human life issues, marriage redefinition efforts, and disregard for the constitutionally protected rights of religious organizations and individuals. We sadly watched as the citizens of three states voted for the first time in favor of legalizing same-sex “marriage” at the ballot box, albeit by narrow margins, making North Carolina the only state in 2012 to reject same-sex “marriage” and affirm its definition as one man and one woman.

At the state level, the outcome of November 6 was a different story. The big takeaway for North Carolinians is that the upcoming 2013 session of the General Assembly has the potential to be one of the best pro-family legislative sessions in history. Republicans again control both chambers, and the party platform strongly supports traditional family values.

North Carolinians also added to the number of Republicans serving in Congress, and reelected a conservative justice to the North Carolina Supreme Court, all while withdrawing their support for an incumbent President of the United States. The results of the 2012 General Election in North Carolina show that the 2010 election was not a fluke, as some claimed, but more importantly that North Carolinians care about faith and traditional family values, as do many of the officials they elected to office.

All of this potential for good legislation means there is much work to be done. The challenge for the leadership in the House and Senate, and ultimately for all members, will be to decide which ideas move forward, and which ones stay behind. The challenge for Governor McCrory will be to work with the Republican legislative leaders in such a way that he does not have bills coming to him that he cannot sign.

Social issues can be a challenge legislatively. Many of the bills we work on at the North Carolina Family Policy Council are based on issues that go to the heart and soul of parental rights and family. They often cross party lines and ideologies, as with issues such as gambling, human trafficking, marriage, and abortion.

North Carolina is just one state. But we can have a major impact on numerous issues that are critical to building strong families and a healthy society, including strengthening our current restrictions on abortion, many of which were enacted last session, working to curb the growth of gambling in our state, strengthening our current laws related to human trafficking and end-of-life care, and saying no to any attempts to weaken the rights of intact families.

As we look toward a new legislative session in January 2013, pro-family advocates need to help lawmakers remember that government policy should be structured to protect the traditional family, plus widows and orphans. Government policy should encourage family formation and the rearing of children by their father and mother.

Ultimately, governments are all about policy. Even elections are about policy because they are about the people who make the policy. That is one reason the North Carolina Family Policy Council has always been a policy-oriented organization. We research issues and we try and determine which policy options work, and which ones do not. We share our findings in various ways, including our 2012 General Election Voter Guide, which was distributed to 500,000 citizens across the state, as well as through the pages of this magazine, in issue briefs for legislators, through daily website stories and radio spots, weekly emails and radio shows. Our goal is always to educate by providing policymakers and citizens with the information they need to make wise choices.

We are pleased to be one of the clear and consistent voices for North Carolina families and their values in the halls of state government.