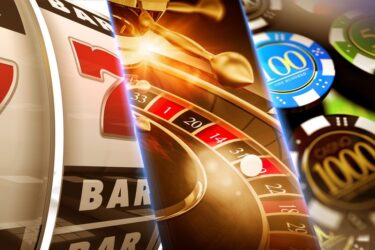 This Wednesday, May 26, the U.S. House Committee on Natural Resources is scheduled to hear a bill that would essentially codify in federal law the highly controversial Catawba Indian Casino proposal that is being developed in Kings Mountain, N.C., just west of Charlotte. H.R. 1619—Catawba Indian Nation Lands Act would ratify last year’s action by the U.S. Secretary of the Interior to take 17+ acres of land in Cleveland County, North Carolina into trust on behalf of the South Carolina-based Catawba Indian Nation, “as if that action had been taken under a Federal law specifically authorizing or directing that action.” The bill also states that, “Gaming conducted by the Catawba Indian Nation on lands located in States other than South Carolina shall be subject to the Indian Gaming Regulatory Act.”

If you OPPOSE the development of a massive gambling casino in the heart of North Carolina, please contact Congresswoman Virginia Foxx to express your concerns. Ask her to share your concerns with the members of the Natural Resources Committee and her other colleagues in the U.S. House of Representatives.

“The consideration of this bill in Congress is extremely troubling,” said NC Family President John L. Rustin. “The Catawba Indian Nation tried for years to get casino gambling in South Carolina and failed, so they decided to join forces with dubious gambling developer Wallace Cheves and ‘reservation shop’ for a gambling casino development in North Carolina.”

“The settlement agreement under which the Catawba Indian Nation operates today does not allow gambling operations outside of the State of South Carolina, and it never even contemplated that the tribe would seek to obtain tribal lands or pursue gambling operations in another state,” Rustin continued. “If passed, H.R. 1619 would legalize this illegitimate gambling venture and prey upon citizens, families and communities in the heart of North Carolina’s Piedmont area.”

“What’s more,” Rustin said, “the primary sponsor of this bill to authorize Las Vegas-style casino gambling in the heart of North Carolina is a Congressman from South Carolina!”

NC Family is encouraging citizens from across the state to contact U.S. Congresswoman Virginia Foxx—who represents Cleveland County, N.C.—to express their concerns about H.R. 1619 and their opposition to the development of a massive gambling casino in the heart of North Carolina.