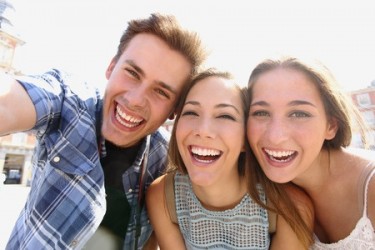 That was the first line of an article from 2004 in the Cleveland Plain Dealer Magazine, which featured Mosack’s highly successful abstinence-until-marriage program in Northeast Ohio. Mosack celebrated that opening line as a minor victory in framing the message of abstinence in a positive light, as opposed to the “Just Say No” or “Abstinence-Only” labels that opponents had so successfully attached to the movement.

Today, an affirmative abstinence message is growing and stronger than ever. It is invigorating and emboldening abstinence proponents and re-opening funding streams and access to public schools all over the nation.

No Longer Called Abstinence Education
Mosack now works with a national organization, entitled Ascend, with offices located just steps from the White House complex in Washington, DC.  Ascend President and CEO Valerie Huber, says research they conducted on the name “Abstinence Education” found that “everybody had a caricature of what abstinence education was and by and large it was negative, even among supporters.” It was a term, she says, that was “misunderstood, maligned and it closed doors before we had the opportunity to have a conversation.” Besides, Huber contends, the name didn’t reflect the holistic approach that characterizes so many of today’s programs.

Ascend (formerly National Abstinence Education Association) now exclusively refers to its strategy as Sexual Risk Avoidance and there is good reason behind the change. Sexual Risk Avoidance is a common term in health campaigns and is defined by the Centers for Disease Control as placing “an emphasis on eliminating or avoiding behaviors that lead to adverse health outcomes.” Sexual Risk Avoidance has been associated with effective public health interventions like anti-smoking campaigns for teens and curbing the HIV pandemic in Uganda. Health professionals understand the terminology, and it has none of the negative connotations associated with the old name.

The Sexual Risk Avoidance approach received a stamp of approval from a Congressional committee tasked with finding the best ways to reduce teen pregnancy and sexually transmitted infections. At the completion of the study in 2012, Rep. Joe Pitts (R-Pennsylvania), Health Subcommittee Chairman of the Energy and Commerce Committee of the U.S. Congress said, “When it comes to preventing high-risk behavior among teens, the evidence is clear: risk avoidance is the most effective strategy. This is true of successful public health campaigns to reduce teenage smoking, drinking, and reckless driving, and it is also true of sex education curricula.”

Change Not In Name Only
The new name represents a transformation of a movement that has been evolving out of necessity for several years. Changes in the religious make-up of America, political tides, and a lack of evidence gathering on the effectiveness of abstinence education programs led to a complete shut down on federal funding for abstinence education programs. President Obama has pushed for zero funding for Sexual Risk Avoidance programs in every budget he has presented, including his budget for 2017. He was successful in fully eliminating all federal funding for a short time in 2010, but proponents have been able to push through a $10 million per year block grant for states, available through the U.S. Department of Health & Human Services.

In addition, opponents have successfully changed many states’ laws, making it more difficult for abstinence education programs to get into public schools. Only organizations with solid relationships with school personnel—and local funding sources—were able to survive.

However, Sexual Risk Avoidance proponents have emerged from the drought with a clearer vision and a renewed passion for the importance of their message and its ability to help kids, families and communities.

A Holistic Approach
Today’s most successful programs are holistic and concentrate on the many benefits young people derive from delaying sex. These programs cast a vision of healthy relationships and a path out of poverty that backers hope will inspire a new generation of youth, and reestablish federal funding and state-level acceptance.

Sexual Risk Avoidance curricula work to frame delaying sex and childbearing as a key to many of society’s toughest problems. One such strategy used in the classroom is called The Success Sequence from The Brookings Institute. The approach presents evidence that if teens will achieve three specific goals in a row, they will have only a 2% chance of ending up in poverty. The sequence states they should:

Instructors advise teens to formulate concrete steps on how to achieve each of those goals and to keep their eyes focused on their dreams.

Ascend doesn’t promote any particular curriculum but provides guidelines to help instructors choose one that “has evidence of effectiveness (evidence based)” and“provides clear risk avoidance information and skills (prioritizes a ‘wait for sex’ message).” Ascend is concentrating its efforts on providing certification for Sexual Risk Avoidance presenters and lobbying Congress for favorable standing and increased funding.

Promising Signs On Federal Level
Despite the challenges, Sexual Risk Avoidance Education has been receiving more favorable treatment on Capitol Hill recently. The Republic National Convention included Sexual Risk Avoidance Education in its Republican Party Platform, which it adopted in July. In addition, a dramatic increase in funding is making its way through both the U.S. House and Senate as part of the Labor, Health and Human Services, and Education and Related Agencies (Labor-HHS) Appropriations Bill. Huber says the U.S. House is recommending a doubling of current spending levels and the U.S. Senate has written in a 50% increase for the 2017 budget. Congress will address the budget when it returns in September. The 2016 budget year ends on September 30.

North Carolina’s Landscape
On the face of it, North Carolina’s law mandates teaching Sexual Risk Avoidance. In N.C.G.S. 115C-81(e1)(4), it clearly requires public schools to teach “reproductive health and safety education” beginning in seventh grade and that “abstinence from sexual activity outside of marriage is the expected standard for all school-age children.” Schools are also required to explain, “that a mutually faithful monogamous heterosexual relationship in the context of marriage is the best lifelong means of avoiding sexually transmitted diseases, including HIV/AIDS.”

However, Mary Anne Mosack, National Director of State Initiatives for Ascend, says North Carolina’s law could be improved in a few ways: Currently, there is no statewide prohibition on condom demonstrations (although local schools systems can enact such rules). This is an important distinction in light of the fact that research shows “1 in 5 teens say classroom condom demonstrations make them feel that sex is expected.” Mosack also recommends that any mention of “risk reduction” include the caveat that “risk avoidance” is the only certain way to avoid pregnancy and STDs.

In 2015, the NC General Assembly corrected a problem with the sex education law that had forced some abstinence presenters out of classrooms. The problem section had changed the requirements for how curricula was evaluated and adopted, stipulating that all curricula must be “peer reviewed and accepted by professionals and credentialed experts in the field of sexual health education.” Critics said this language was used as a roadblock for many outside presenters who wanted to teach Sexual Risk Avoidance in public schools. The new language has widened the pool of potential experts to the fields of “sexual health education, adolescent psychology, behavioral counseling, medicine, human anatomy, biology, ethics, or health education.”

Despite the many challenges to those seeking to teach Sexual Risk Avoidance Education in our schools, there are quite a few vibrant programs operating across our state. Many of these are led by bright, young, enthusiastic presenters who are research and data-driven and who rely on educational theory as a basis for their instruction. In an upcoming story, we will take a look at this new generation of Sexual Risk Avoidance presenters, who are working hard to ensure that North Carolina’s children hear the inspiring message that sexual abstinence until marriage is an attainable and healthy goal.