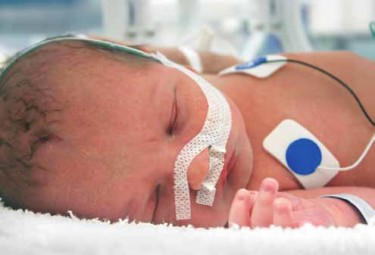 Kia was 20 years old, in her second year of college, and 23 weeks pregnant when her previously normal pregnancy radically changed. One morning she felt a gush of fluid followed by painful contractions. She rushed to a nearby emergency room, where she was told she was in preterm labor and her baby might deliver early. Kia was transferred to a larger nearby hospital, admitted and started on magnesium to try and stop her labor. Despite the doctor’s best efforts over an exhausting three days, her labor did not stop. Kia delivered Milo, a 1 pound 3 ounce baby boy who fit in the palm of his father’s hand. Over the next four months as Milo battled severe premature lung problems, three weeks on a ventilator, surgery for premature eye disease, and severe bleeding in the brain, Kia kept watch at Milo’s bedside. She asked me twice during Milo’s hospitalization, “Why did this happen to us? I didn’t smoke, ate right and took my vitamins.” Kia and I spoke one last time as she prepared to take Milo home. She had five follow-up appointments confirmed and was an expert at giving Milo his four medications. The tanks Milo would need to provide him with oxygen at home had been delivered. College was on the backburner now, and Kia was very aware that she and Milo were starting on a challenging journey. Tearful, Kia thanked me and the staff that had cared for Milo, and said, “I sure hope you doctors will figure out one day how we can keep babies from coming early.”