A Heart For Children: The Foster Care Crisis 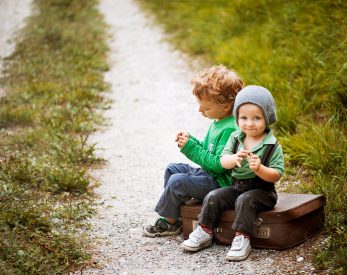 My husband and I are foster parents, with the goal of adopting. When we began the process 18 months ago, we’d been married a year. We both had a particular heart for older children, knowing that, as children get older, they are much more difficult to place in adoptive homes. So for us, first becoming foster parents with the hope of eventually adopting children made sense. But like most people, we didn’t really know a lot about foster care. We knew we wanted to do it, but without really understanding what that meant. Over the past year and a half, we’ve learned a lot.

We learned that licensure wasn’t nearly as difficult as we’d expected. It’s bureaucratic and takes a bit of time. Foster parents must complete 30 hours of required classes and reams of paperwork, some of which is extremely intrusive. Social workers will visit your home and ask you uncomfortable questions about your personal life. They will make you store all of your medicine somewhere other than a kitchen or bathroom, and require you to post hotel room-style fire evacuation plans in your home. You’ll have to get fingerprinted. But none of it is actually difficult. It just requires some time. It’s also not expensive. The only cost was $20 for fingerprinting.

We’ve learned that you don’t need to live in a big house. You can own or rent. You can be in a single family home or an apartment. Each child needs to have his or her own bed, but they can share rooms. As long as your housing situation is stable and you have adequate space for a child, the type of housing doesn’t matter. In fact, the list of requirements from the NC Department of Health and Human Services1 consists only of:

We learned that there are far more kids and far fewer families than we ever imagined. On the day of our information meeting in January 2017, Department of Social Services (DSS) social workers told us that, at close of business, they had more than 700 children in foster care just in Wake County. They had around 200 active foster families. Clearly, that ratio is nowhere close to where it needs to be. This was reinforced by the steady stream of children who were sent our way as soon as we were licensed. It only took three weeks before our first placement started. Our second happened ten days after the first ended. We had to say no to children because we were already full. The shortage of families is painfully obvious.

We learned that the need for families able and willing to take sibling groups was larger than we’d imagined. We knew that it was harder to place three kids than to place one, and harder still to place four or five. The reasons for that are obvious. But on at least two occasions, we have gotten calls about siblings who needed to be placed in a home that day and for whom we were the only option to keep them together. The agencies had no other families able or willing to take more than two children. Given the great trauma and loss that children in foster care have already experienced, the last thing most of them need is to be separated from their siblings, too. Of course, there are exceptions. On occasion, a sibling has become an abuser, or a child really needs some one-on-one care for other reasons. But usually, being together is important. It is estimated that around two-thirds of children in foster care also have at least one sibling in foster care.2

Like all parenting, foster care has its ups and downs. Some days, our home has been filled with laughter and shrieks of delight. Other days, there have been sulking teenagers, toddler tantrums, and slamming doors. The difference, of course, is that the behavior in our home can be more extreme, the swings can be large and quick, and everyone knows that the situation is temporary. But most of the time, for most foster families and children, it’s not all that different from any other parent-child relationship.

There are tremendous resources available. Foster kids have access to therapists, psychiatrists, tutors, and youth programs, all at no cost to foster parents. My husband and I have access to support groups and family therapy for ourselves. If foster parents are employed, the county provides childcare vouchers sufficient to cover the cost for those hours. The teachers in public schools we’ve worked with have bent over backwards to meet the unique needs of my kids. And even the “system,” which can be frustrating and bureaucratic, really does try to support foster parents. If my family needs to travel, there are respite placements available, for example. During placements, I always get regular calls from several different social workers all asking if there’s anything I need.

Foster parents have a lot of control. At the very beginning, we were able to specify what sorts of kids we did and didn’t feel equipped to parent, and with no judgment. So if you only want girls, or only kids under 8, or only teenagers, or not more than one, or only short term placements, or only kids whose race is the same as yours, that’s fine. If this month isn’t convenient, you can always say no to a placement. All of that makes the whole process a lot less intimidating. Foster parents don’t have to accept more than they can handle.

We’ve learned that there are important protections in place for foster parents. Depending on the specifics of the situation, kids in foster care may or may not have contact with their biological families. If it happens, that contact is monitored and facilitated by social workers and happens in the community. Unless you as a foster parent disclose where you live, the biological family will never know. Social workers are careful only to use first names and not to give out phone numbers unless they think it’s safe and you approve. Social workers do everything they can to protect foster families.

None of which means it’s easy. Children enter foster care for all sorts of reasons.3 Sometimes it’s a domestic violence call in the middle of the night that sees kids removed from an unsafe home. Sometimes it’s parental drug or alcohol abuse. Sometimes it’s a family living out of a car. Incarcerated parents, physical or sexual abuse, and neglect can all trigger removal of children from their homes. Whatever the reasons, kids who find themselves in foster care have experienced trauma and brokenness. They are often scared and hurting. They are in desperate need of love, security, and safety.

Kids who are dealing with all of that can act out, or they can shut down. They can be bubbly one minute and in tears the next.

We’ve learned that, more often that not, what we’re seeing in our kids is fear. They’re scared of being rejected again or of having to move again or of someone hurting them again. It’s difficult to deal with a kid who sometimes acts out against you when she’s actually just scared.

We learned that we should have done this years ago. At the first information session we attended, hosted by DHHS, we heard about the great need for single foster parents, particularly single women. There is absolutely no requirement that foster parents be married. In fact, a number of children in the system have experienced abuse at the hands of men and therefore really need to be in homes where there is no man present. Sometimes the converse is true of boys who don’t deal well with women. In 2016, almost 10,000 children in America entered foster care due to sexual abuse.4 Many of these kids will be more likely to feel safe and be able to begin to heal in a single-gender home. This is also the case for some of the more than 33,000 children who entered foster care due to physical abuse,5 where that abuse was perpetrated primarily or exclusively by the men in a child’s life, for example. This is not in any way to undermine the importance of fathers or two parent families. But for children who have experienced particular types of trauma, there may be different needs at play, at least initially. That had never occurred to me before. I wish I’d become a foster parent in the years before I was married.

There are three reasons why we do it and why you should consider it, too.

Finally, I think it’s worth noting that, while 450,000 kids in foster care sounds pretty daunting, it really needn’t be. It’s hard to nail down exactly, but the best estimates put the number of churches in America6 at somewhere around 384,000. If those numbers are accurate, then it means that every church just needs one foster family. Assuming some of those families were willing to take more than one child—sibling groups, for example—then just one foster family per church would eliminate the shortage.

Which brings us to today. After a number of short-term placements over the past nine months—ranging from one week to three months, one child to three, age 17 months to 16 years—we now have children in our home who we hope to adopt. We’re getting to know them, figuring out how to parent adolescents, and trying to make sure every single day that they know how deeply they are wanted. We are overwhelmed, not so much by the task of parenting a large sibling group of older children who carry their various traumas, but by the richness of this blessing. Of course, there are hard days, but I am so very thankful for these children. I have prayed for them for years, from long before I knew their names, trusting that they were out there somewhere and would be brought to me at the right time. And now, it looks like maybe we’re just about there. We are thankful for the great privilege of being their parents, for the joy they have already brought to our home in just a few short weeks, and for this miracle of foster care and adoption that takes broken pieces and makes families.

Julie Tisdale is a foster parent and freelance writer for the North Carolina Family Policy Council. She is a North Carolina native and graduate of Whitworth University and the University of Edinburgh. She has worked in public policy in North Carolina, India, and Scotland over the past 15 years.