Why Singles Often Give Up On Church 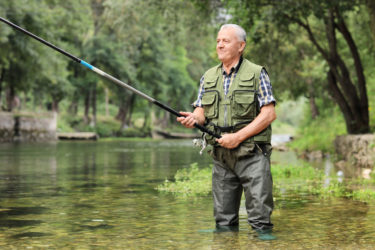 As a woman who didn’t marry until she was 35, I notice it immediately—in podcasts, news articles, Bible studies and sermons. Too often, it seems, speakers and writers are careful to find relevant examples to connect with different segments of their audience: married people, young adults, students, children.

Unless you are an older single person, you might not ever notice. And that’s kinda the point of this article. It’s a problem, and not just “out there” but also in the Church. Pew Research Center regularly conducts surveys looking at religion in America, including demographics. Consequently, it’s actually pretty easy to look at how many Christians fall into that single, but not particularly young, category. It’s not a small group.

It turns out that among 30-49 year old Christians, only 60 percent are married. (Of the 40 percent who are not: 17 percent have never been married, 14 percent are divorced, 1 percent are widowed, and 8 percent are living with a partner, but not married.)

Among 50-64 year olds, the numbers don’t change all that much: 61 percent are married. (10 percent have never been married, 4 percent are living with a partner, 20 percent are divorced, and 6 percent are widowed.)

Over 65, the numbers of married drop a bit to 54 percent. (Widowed jumps a lot to 28 percent, 4 percent were never married, 12 percent divorced, and 2 percent living together and unmarried.)

Which means that, among 30-64 year old Christians, close to 40 percent are single, with that number rising as people age beyond 65. That is a lot of people.

And yet, while it may be completely unintentional, older singles can come to feel almost invisible within the church community. Why? I suspect there are a lot of reasons, but I think it is fair to say that churches can be pretty difficult places for single adults. We frequently discuss marriage and family. Men’s and women’s groups talk about being husbands and fathers, or wives and mothers. Singles groups within the church consist mainly of young people, most often designed for the needs of young people. For older single adults, church can seem irrelevant, alienating, lonely and even painful.

Given all of this, it’s not surprising that many single adults wander away from the church. The numbers bear this out: 53 percent of married and widowed adults say they go to church at least once a week. For adults who have never been married, that drops to 42 percent, and to 40 percent for those who are divorced. It’s 26 percent for those living with a partner.

Which brings me to a more fundamental point. Our churches could do a better job of relating to older single adults. In my years as a single adult church member, I found that most people did one of two things. Either they talked about how lucky I was to be single because, after all, in 1 Corinthians, Paul says, “It is good” to stay unmarried and it provides so much more time for ministry. Or they talked about the inevitable point at which I’d get married and just tell me to be patient.

Paul does talk about advantages to singleness, but in the same breath he talks about how hard it is. He’s talking specifically about sexual temptation in that passage, but there are other struggles. Some people love being single, but most would prefer to be married if they could find the right person. After all, at creation God says that it’s not good for man to be alone. Churches could do a better job of acknowledging that pain for many single people.

“Oh, it’ll happen” was also not helpful because it was impossible to know if it was true. Maybe I’d get married or maybe I wouldn’t. Plenty of good, godly people never find “the right” spouse. Look at the 10 percent of Christians aged 50-65 in the Pew survey that have never been married. There are no guarantees.

I think the key to all of this is to come back to the words of Jesus when he tells us to love our neighbors. Churches have a great opportunity to be family and community to older single adults. A few weeks ago, David Qaoud wrote a blog post about this topic that offers some helpful tips for churches and Christians. Among those, he wrote about: Understand how painful and lonely singleness can be; Pursue friendships and relationships with singles; Stop trying to be the matchmaker; Talk about singleness from the pulpit and in Bible studies.

If you want a longer look at the issue, Al Hsu wrote the best book on the topic that I’ve found. It’s a classic: Singles at the Crossroads: A Fresh Perspective on Christian Singleness. His message is mostly: Love your neighbor, whether single or married; Build relationships; Invite people to use their gifts; Nurture community. When the church does that well, everyone – married or single – will feel like a valued member of the church community.