Vote For Marriage On May 8 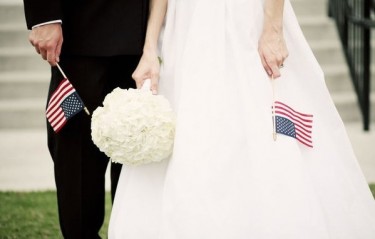 A good friend said to me, “I’m having a hard time getting my head around this whole Marriage Amendment issue. Who would believe that we would ever be considering such a thing as same-sex ‘marriage’ and an amendment to the Constitution to prevent it?” I couldn’t agree more, but the fact is, on May 8, voters in North Carolina will go to the polls and decide if they want to reserve to themselves the final say on the definition of marriage, or whether they want the courts and legislature to be able to redefine this fundamental institution.

Given the continual push by homosexual advocates for same-sex “marriage,” coupled with the demand for special rights for homosexuals, it is wise to remove the power to redefine marriage from the hands of courts and the General Assembly.

Of course, the legislature could come back later and pass a bill to repeal the Marriage Amendment, but they would need a three-fifths majority vote in each chamber. Even then, the voters of North Carolina would have the final say. In passing the Marriage Amendment on May 8, voters will be preserving the institution of marriage as the union of one man and one woman. They will also be saying to the courts and to the legislature that they, the voters, want the final say on the matter.

This is an appropriate position for the voters to take on May 8. Marriage is the foundational institution of our society—of any society. The Bible tells us that a husband and wife become one through marriage. Their union forms a new family, and it is this relational unit that provides the optimum chance for children to be born and raised properly with the best chance to succeed in life. That is what the State currently supports, and not just our State.

Voters in 30 other states have protected marriage in their state constitutions. There are many reasons voters in these states took the action they did. In this, as well as, in previous issues of Family North Carolina, we have reviewed in-depth many of the reasons for protecting marriage as the union of one man and one woman.

One matter in the Marriage Amendment debate that has come up in the past few months is the issue of civil unions and domestic partnerships. These are euphemistic terms for legalizing same-sex “marriage” in everything but name.

Another argument that Marriage Amendment opponents use is that “children will be harmed.” Nothing could be further from the truth. Children actually benefit, as fewer will be denied the opportunity to have a married mom and a dad when traditional marriage remains the law of the land.

Opponents of the Marriage Amendment argue that “domestic partners” will lose their benefits. This is not necessarily so. The amendment language makes it clear that private contracts, such as those between employers and employees, are unaffected by the amendment. Several local governments have granted “domestic partner benefits” to unmarried opposite-sex and same-sex couples. A local governmental body could continue to award benefits, but they would have to be offered on the basis of some criteria other than a “domestic legal union.”

During the Marriage Amendment debate, opponents have used the classic strategy of obfuscation: to make the issue so confused or opaque as to be difficult to perceive or understand. They have been experimenting with various arguments to see if any of them would stick when hurled into the public domain. I think that’s why there is some confusion surrounding the Marriage Amendment among its supporters.

P.S. The Marriage Amendment is appearing on the back-side of some paper ballots, so if you don’t see the amendment on the front, turn the ballot over.