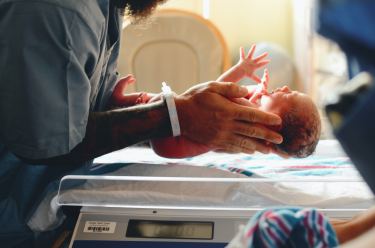 In one of its first official acts since electing Kevin McCarthy (R-CA) Speaker of the House, the U.S. House of Representatives voted on and passed H.R. 26—Born-Alive Abortion Survivors Protection Act. The bill is designed to protect babies who are born alive after a failed abortion and was approved by a vote of 220-210. Tragically, only one Democrat in the U.S. House, Rep. Henry Cuellar (D-TX), voted for the bill.

What is particularly surprising is the vote of Rep. Don Davis, who previously served multiple terms in the North Carolina Senate. In 2019, then-Senator Davis was one of only two Democrats to break from the Democratic Caucus and support a nearly identical bill in the N.C. General Assembly. SB 359 was subsequently vetoed by Governor Roy Cooper, and Sen. Davis was the only Democrat in the State Senate who voted to override the Governor’s veto. Although Sen. Davis’ vote gave the State Senate the margin needed to override the veto, the N.C. House was unable to muster the votes necessary to ultimately enact the bill.

H.R. 26 recognizes that an infant who is born alive during a failed abortion attempt “is a legal person for all purposes under the laws of the United States, and entitled to all the protections of such laws.” The bill also establishes a duty of care, directing that “Any health care practitioner present at the time the child is born alive shall—

A violation of this act is punishable by a fine and/or up to five years in prison. In addition, the bill creates a punishment if an individual “intentionally performs or attempts to perform an overt act that kills a child born alive.”