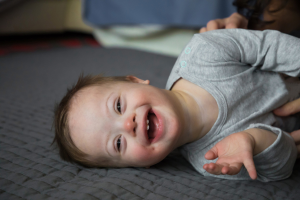 HB 453–Human Life Nondiscrimination Act/No Eugenics continued its movement through the State Senate today, as it passed both the Senate Health Care Committee and the Senate Judiciary Committee. NC Family President John L. Rustin joined other supporters to testify in favor of the bill in the Health Care Committee, while NC Family Counsel Jere Royall expressed support for this life-saving legislation in the Judiciary Committee.

As NC Family has previously shared, this bill would prevent a physician from performing an abortion if the physician is aware that the mother’s reason for obtaining the abortion is due to the presumed race or sex of the baby, or due to a diagnosis of Down Syndrome.

HB 453 passed the NC House by a bipartisan vote late last month, and could come before the Senate Rules Committee and reach the Senate floor as early as tomorrow. If the bill passes the Senate, it will then go to the desk of Governor Roy Cooper to either be signed into law or vetoed.

Thank you to everyone who responded to NC Family’s Action Alert and contacted your State Senators to urge them to support this critical pro-life legislation. If you have not yet taken the time to reach out to your Senators, we urge you to do so! Lives literally hang in the balance!

We will keep you updated as HB 453 continues to move through the legislature.