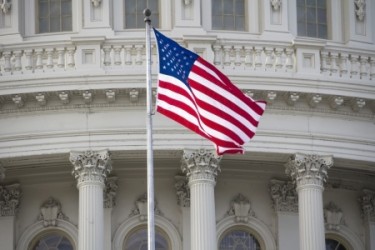 The U.S. House is scheduled to vote today on a measure that would block an estimated 80 percent of Planned Parenthood’s federal funding. This is the latest in a series of attempts to eliminate tax dollars from flowing to the nation’s largest abortion provider. The effort was renewed in 2015 after the Center for Medical Progress released a series of undercover videos, which revealed Planned Parenthood administrators and staff carving up and callously haggling over the sale of organs and limbs from aborted children.

The measure, already passed by the U.S. Senate, is part of a budget reconciliation bill entitled, Restoring Americans’ Healthcare Freedom Reconciliation Act (H.R. 3762). In addition to eliminating a substantial portion of taxpayer funding for Planned Parenthood, the bill would also abolish several key pieces of the Affordable Care Act, commonly known as Obamacare. If the House passes the bill today, it will go to President Barack Obama for his signature.

Although the President is expected to veto the bill, supporters see this as an important step in the overall effort to defund Planned Parenthood for two reasons:

“Today’s measure represents a significant step toward the ultimate goal of eliminating taxpayer funding for the nation’s largest abortion provider,” says NC Family President John L. Rustin. “Promoting a culture that values the lives of unborn children is an effort that must be both strategic and longsuffering, so we rejoice in any gains made toward this end.”

Debate on the H.R. 3762 begins at noon today and a vote is likely by late this afternoon. NC Family has written extensively on this issue. See our stories under the Sanctity of Life on our blog.