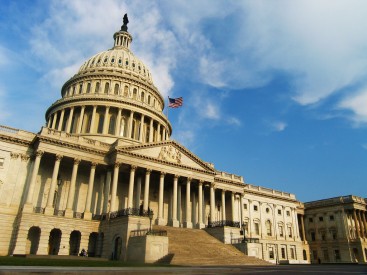 A veto proof majority is 72 votes in the House and 30 in the Senate. Those numbers, or votes, reflect the required three-fifths majority of those present when all legislators are in attendance. If you have those votes, you know you can override a gubernatorial veto—or pass a bill that will place an amendment to the North Carolina Constitution on the ballot. With both chambers of the General Assembly controlled by Republicans, and with the Governor being a Democrat, these numbers become critical.

The first part of the 2011 session saw Governor Perdue veto more bills than all previous Governors put together. Her veto of the state budget was over-ridden by a Republican super-majority in the Senate. In the House, however, in order to overcome any veto, Republicans must add at least four votes to their majority to be successful. The five House Democrats who joined with the Republican majority to pass the budget, averted a budgetary train wreck, in my opinion, and should be commended.

One of the most disappointing of the Governor’s vetoes, however, was the thumbs down that Governor Perdue gave to the very reasonable and much needed HB 854–Abortion-Woman’s Right to Know Act. First proposed in North Carolina more than 30 years ago, some form of this measure has been adopted thus far in 34 states. The act simply requires the doctor who is proposing to give a woman an abortion, to also give her the information that will allow her to make an informed decision about the abortion and to consider her alternatives. It also provides a 24-hour waiting period from the time she receives the information, so that she can think about an irreversible and life-changing decision—at least for her unborn child, and probably for herself.

Legislative economists estimate the bill will reduce abortions in North Carolina by almost 3,000 per year. We hope state legislators will over-ride the Governor’s veto of this bill when the General Assembly returns for the first special session in July. But there’s another issue where the threefifths super-majority is important—a marriage protection amendment. In this case, 30 votes in the Senate and 72 in the House will guarantee that an amendment to protect the definition of marriage as the union of one man and one woman will be placed on the ballot in the 2012 election. Then, the voters of North Carolina will have the opportunity to protect marriage in the constitution.

Our state remains the only state in the southern United States, with the exception of New Mexico, not to have a marriage protection amendment. Our own House and Senate leaders have said they will return for a second special session sometime in August or September to consider several constitutional amendments. Chief among these will be a marriage protection amendment, most likely in the form of SB 106—Defense of Marriage Act, introduced by Sen. James Forrester (R-Gaston) for the eighth consecutive year.

This year, legislative battles in Maryland and New York provide good object lessons as to what legislators in North Carolina can expect in the future if they fail to pass a marriage protection amendment bill. Battles over same-sex “marriage,” and their cousins, “civil unions” and “domestic partnerships,” will be ongoing issues as pro-homosexual activists target North Carolina—beginning this year. I have been watching this movement for several decades and by far, state marriage amendments have been the most successful pushback against unreasonable policy demands which are unacceptable to the large majority of voters who support traditional family values.

A Jewish Rabbi I know gave the following analogy to illustrate the potential harm to society if marriage is redefined: “We’re embarking on a cruise on a large ship. We’re underway and have our activities planned. It has the potential to be a great voyage. My wife and I have a nice cabin and we’re all settled. But unknown to us, the two guys in the cabin next door are busy drilling a hole through the hull. If they’re successful, our voyage is going to be interrupted and the ship will sink.”

A marriage protection amendment to the Constitution is the best public policy protection that marriage and the family can have today. In the analogy above, the “guys in the cabin next door” know that if an amendment is successful, they cannot achieve same-sex “marriage” through the courts or the legislature. They will have hit a titanium outer hull that their drills cannot penetrate.

As for the three-fifths legislative majority necessary to defend marriage—a constitutional amendment bill passed by the General Assembly does not go to the Governor for her approval—it goes to the people for theirs.