The Triumph of School Choice 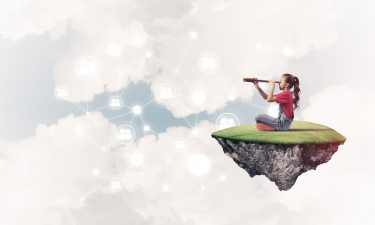 Public schools are one of the few institutions that are shielded from consumer choice and competition. Taxpayer dollars flow to school districts children are compelled to attend, regardless of parental satisfaction or outcomes. At the same time, the few other options available are constrained by government regulation or remain off-limits for families of modest means. The school choice movement stands in opposition to a system conceived in monopoly, and is dedicated to the proposition that not all schools are created equal and students are not homogenous.

The idea of school choice began in 1869, when Vermont established the first state voucher program, the Town Tuitioning Program. Four years later, Maine created a town tuitioning program of its own. For 150 years, Vermont and Maine have directed government funds to any public or private, non-religious school in or outside those states for students who do not have access to public schools in their area.

But the modern school choice movement did not begin in earnest until the 1980s, with the passage of homeschool laws in North Carolina and other states, followed by the launch of the Milwaukee Parental Choice Program in 1990. In 1991, Minnesota became the first state to approve charter school legislation, a bill that would form the basis for the charter law passed by the North Carolina General Assembly in 1996. Then, private school choice began to accelerate. The North Carolina General Assembly passed private school voucher programs for lower income and special needs children in 2013 and an education savings account (ESA) for special needs children in 2016.

In North Carolina, data from the 2018-2019 school year show that around 80% (1.4 million) of school-age children in North Carolina attended a district school, 8% (estimated 142,037) attended homeschools, and charter and private schools each enrolled around 6% (109,051 and 102,400, respectively). Of those who attend a private school, only about 11% receive a voucher or ESA from the state. While charter, private, and homeschool enrollment continues to increase, district enrollment has decreased slightly over the last few years.

In fact, the massive success of the school choice movement in North Carolina and elsewhere has spawned an entire industry of special interest groups, progressive activists, academics, politicians, and union-supported enterprises that attack schools of choice and their supporters. For all of their efforts to attack the private religious schools, public charter schools, and homeschool programs that an increasing number of families are choosing , they have one especially glaring problem—public opinion.

Public opinion, particularly in the African American and Hispanic communities, is not on their side.

A January 2020 Civitas Institute poll of 800 registered voters in North Carolina found that a majority welcome the availability of educational options. For example:

A supplemental Civitas poll of 300 non-white registered voters in North Carolina found that 78% would be more likely to vote for a candidate who supports programs giving parents and families more educational options for their children.

Most of the early studies of school choice focused on three core issues, all based on the legitimate concerns voiced by skeptics and opponents of private school choice. These issues are:

In recent years, empirical research on the issue has broadened its scope to include fiscal effects and non-test score measures of academic attainment (i.e., high school graduation, college enrollment, and college graduation rates).

Academic and social achievements for private school students appear to be contingent on several factors, including program design, the quality of private schooling in the jurisdiction, and the students who have access to the voucher, tax credit, or education savings account. As many would expect, random assignment studies in particular suggest that test scores increase for students who participate in private-school choice programs. Surprising to some is the finding that even those students who remain in public schools may benefit indirectly from them. Established programs appear to improve academic outcomes for specific recipients, particularly African American students, and in certain subjects, particularly math.

Compared to private school choice, there is a much larger body of research on charter schools due to the rapid growth of the charter school movement and its ability to attract bipartisan support. Empirical studies find that charter schools have consistent benefits, particularly for low-income and African American students. In most cases, these benefits are confined to certain types of charter schools, particularly urban and “no excuses” charter schools —schools with strict codes of behavior and higher academic expectations. There is still work to be done to ensure the same level of benefit for Hispanic, special needs, English language learners, and non-disadvantaged populations that attend charter schools, who may not necessarily enjoy comparable gains in test scores and other academic outcomes.

Empirical research may begin to answer the question of whether private school choice or charter schools are worthwhile enterprises, but it should not be the final word. Even if private school choice and charter schools offered an academic and social environment on par with their district school counterparts, families appear to be more satisfied and engaged in their children’s education when they are granted educational options. Moreover, school choice may introduce efficiencies and competitive pressures in education systems that would not be possible when choices are constrained.

Public schools are protected by state constitutions. School choice programs are not. A movement that took decades to build can be taken away through the imposition of burdensome regulation, repeal of authorizing legislation, or the decision of unelected judges. Opponents of school choice in North Carolina have tried each. As such, the preservation of school choice in the United States is dependent on families who are willing to defend their right to choose the schools that best meet the needs of their children, their neighbor’s children, and future generations of children.