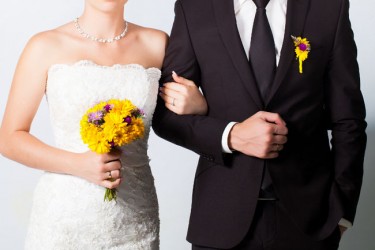 On May 8, 2012, after an eightyear legislative battle, the people of North Carolina will finally have the opportunity to vote on a constitutional amendment preserving the institution of marriage as the union of one man and one woman. The Marriage Protection Amendment (MPA) vote will determine whether to add the following provision to the North Carolina Constitution: “Marriage between one man and one woman is the only domestic legal union that shall be valid or recognized in this State. This section does not prohibit a private party from entering into contracts with another private party; nor does this section prohibit courts from adjudicating the rights of private parties pursuant to such contracts.”

With an increasing number of states redefining marriage to include same-sex couples, there has never been a more important time for the people of North Carolina to vote on protecting the institution of marriage. Following are the top 10 reasons the institution of marriage as the union of one man and one woman should be preserved through an amendment to the North Carolina State Constitution.

We encourage you to share this information with your congregations, neighbors, family members, and friends prior to the May 8 primary.

1. Marriage is a foundational institution of society that is built upon the complementary male-female union.

2. The marital union and the natural family it creates provide a wide array of benefits for individuals and society that no other family form can replicate.

3. The historic understanding of marriage is under increasing attack nationwide.

4. Thirty (30) other states, including every southern state except North Carolina, have responded to these attacks on marriage by protecting marriage through state constitutional amendments.

5. In North Carolina, homosexual activists are slowly chipping away at laws that protect marriage and the family through incremental changes at the state and local levels. These efforts include:

6. North Carolina’s marriage laws, while strong, are increasingly vulnerable to legal challenges and revision by the courts.

7. The Marriage Protection Amendment is about preservation, NOT discrimination.

8. The Marriage Protection Amendment will help preserve the right of parents to transmit core values about sex, gender, and family to their children.

9. The Marriage Protection Amendment is necessary to preserve the freedoms of speech and religion in North Carolina.

10. The Marriage Protection Amendment has a broad and diverse base of public support among North Carolinians from both political parties and a variety of religious backgrounds.