The Backdoor Effort in Planned Parenthood’s Lawsuit Against North Carolina 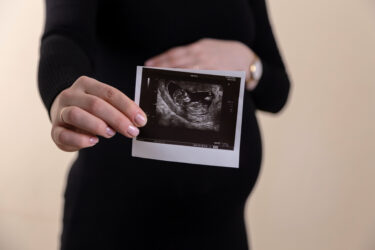 Planned Parenthood South Atlantic (PPSAT) has filed a motion in North Carolina superior court seeking an injunction that would allow physician assistants, certified nurse-midwives, and nurse practitioners to provide chemical abortions in North Carolina. Presently, only “qualified physicians” are allowed to administer abortifacient drugs or perform abortions in the state. PPSAT’s legal action is even more troubling, however, because it appears to be a backdoor attempt to compel the North Carolina judiciary to find a fundamental right to abortion in the North Carolina Constitution.

Since the U.S. Supreme Court’s issuance of the Dobbs decision in late June – which overturned Roe v. Wade and returned decisions about abortion to the states – several of North Carolina’s neighboring states have enacted laws to prohibit abortion after conception or when a heartbeat is detected. According to PPSAT, this has caused an influx of women from out-of-state seeking abortions here, because North Carolina law allows abortion up to 20 weeks of pregnancy and later in cases of a “medical emergency.” PPSAT claims that more than a third of their abortion patients in North Carolina between July 1 and September 30, 2022 were from out-of-state. They argue there are not enough abortionists in the state to meet the increased demand, therefore, the current law should be expanded to allow these “advanced practice clinicians” (APCs) to administer chemical abortion drugs.

To grasp the significance of this, it is important to understand how the RU-486 chemical abortion regimen works. The first drug, mifepristone, is administered to block progesterone from the mother and deprive the baby of the nutrients it needs to survive, essentially starving the baby to death. Up to 48 hours later, misoprostol is taken to cause the uterus to contract in order to expel the dead baby. Chemical abortions often take place at home, and because of the risks of at-home abortion, North Carolina law requires the first drug to be administered in the presence of a medical doctor.

According to PPSAT’s motion, APCs are already allowed to provide misoprostol to women who have had a miscarriage. Allowing them to also administer mifepristone, they say, would make no real difference. In fact, PPSAT insists that this procedure is safe, despite the fact that misoprostol has not been approved by the U.S. Food and Drug Administration for the purpose of chemical abortion. Additionally, there is a long list of adverse effects attached to both of these drugs.

Authorizing APCs to participate directly in the process of killing unborn children would represent an enormous policy shift in North Carolina. Legislative changes like this should be deliberated by the North Carolina General Assembly, not enacted by state courts that are charged with interpreting and applying the law rather than making the law.

Disturbingly, the motion then states, “The right to privacy and dignity recognized in the North Carolina Constitution encompasses a right to abortion because whether or not to carry and give birth to a child is a private medical decision that should not be dictated by the government. It is oppressive for pregnant patients to be forced to carry a pregnancy to term and have their bodies used for that purpose against their will. The right to life and liberty also encompass a right to abortion because abortion is necessary to maintain the life and liberty of pregnant patients who desire not to be forced to give birth, and because the ability of a person to control their own body is necessary for full and equal participation in society.”

Clearly, Planned Parenthood does not recognize the humanity and dignity of the life of the unborn child.

PPPSAT then suggests, “The Court need only agree with one of these constitutional arguments to issue a preliminary injunction.”

In a backhanded way, this argument seems to imply that if the court does grant a preliminary injunction allowing APCs to participate in chemical abortions, it has also bought PPSAT’s broader argument hook, line, and sinker, and found a fundamental right to abortion in the North Carolina Constitution.

If Planned Parenthood is successful in this effort, not only will it allow the abortion giant to kill more babies in North Carolina and place more women at risk, but it could also set the stage for state courts to systematically dismantle North Carolina’s many pro-life laws.