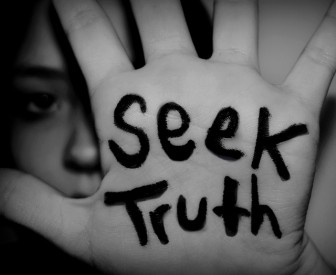 So far, 2011 has been full of good news for pro-family advocates in North Carolina. Especially on issues related to the protection of the sanctity of human life and providing parents with more educational choices, the North Carolina General Assembly has been making steady progress. Common-sense proposals that have been ignored for decades in some cases, are finally receiving a fair hearing and legislative approval.

One exception to this litany of successes is the passage of Marriage Protection Amendment legislation. Several articles in this issue of Family North Carolina illustrate why such an amendment is so important in North Carolina. We know that Elizabeth Hanna’s statement in a recent article in Crisis Magazine, “Marriage is for companionship and children, and in the long term, to lead each other to Heaven,” captures the essence of this foundational institution.

In her poignant feature article, Alysse ElHage counters the homosexual activists’ inaccurate caricature of the motivation and purpose behind efforts to protect the definition of marriage in the State’s Constitution. The movement to pass a Marriage Protection Amendment is a defensive response against the attack homosexual activists insist on waging against marriage. Marriage defenders understand the vast implications that would come from the redefinition of society’s most basic institution, and are therefore dedicated to protecting it against such a drastic transformation.

Attorney Mary Summa examines the threat posed to marriage by domestic partnerships and civil unions. While 30 states have passed MPAs and six have legalized same-sex “marriage,” eight states have entered this grey territory of redefining marriage by using different words. Her article tracks both the historical and legal history and reasoning for why these lighter versions of same-sex “marriage” should be rejected as equal threats to the strength and meaning of traditional marriage.

The benefits of marriage for children and adults, as well as society, are well-documented. As the murmur grows ever louder that conservatives should focus on fiscal issues, and put social issues related to the family on the back burner, Dr. Pat Fagan’s thorough research once again demonstrates the integral role marriage plays in the health of individuals, society, and the economy. He highlights the research that demonstrates the truth that marriage is closely related to the economic well-being of families, which in turn has a substantial impact on the economic well-being of society.

Thousands of Christians are benefitting from an education in Biblical worldview as part of The Truth Project. The North Carolina Family Policy Council has played a crucial role in training leaders from across the state and country on how to bring this program to their churches and communities. The growth and blessings from this work have been astounding. Kami Mueller outlines the program’s success in North Carolina and provides insight into this exciting program.

As expected, we have also included a look back at this historic legislative session, highlighting some of the most interesting and most important issues that were taken up this year, and looking forward to what may still be coming over the next few months.

Parents sending their precious children off to college hope and pray that the faith which they have sought to instill in their children will continue to guide their living away from home. Many parents are aware that most college campuses are a toxic environment for virtuous living. Rev. William Roach provides insight into the historical and intellectual roots of such environments, and provides practical suggestions for pastors and parents to help students successfully weather these formative years as men and women of faith.

The Courts page highlights several good news items, including the State Supreme Court’s rejection of a proposal to introduce pro-homosexual language into the State Bar’s expectations for professional conduct by attorneys, a federal court’s protection of a UNC-Wilmington professor’s First Amendment Rights, and the Supreme Court’s decision to uphold school choice in Arizona. You will also find an update on marriage battles across the country.

In light of the General Assembly’s decision to adjourn without considering the Marriage Protection Amendment, Bill Brooks’ Commentary provides some insight into why North Carolinians should remain engaged, vigilant, and energetic in this battle to protect the foundation of our society.

We hope this issue of Family North Carolina provides you with yet another healthy dose of solid information and engaging reading as you enjoy your summer roadtrips, baseball games, pool and beach days—all wonderful places to take this magazine with you! So much has already been accomplished to support families in North Carolina this year, but there is much work to be done. Pray, learn, and act!