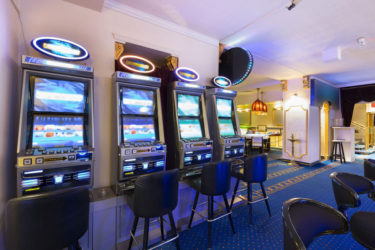 The rumor mill around the state legislature is humming about an effort to legalize electronic sweepstakes gambling in North Carolina. Two bills have been introduced to make electronic sweepstakes legal, but neither has seen any action so far this session. One reason for this may be that in the last month officials in the judicial branch have taken significant actions that have dealt the sweepstakes gambling industry a losing hand in the Old North State

“State lawmakers should reject any efforts to legalize video sweepstakes gambling in North Carolina,” said John L. Rustin, president of the North Carolina Family Policy Council. “We have been battling the gambling industry for years to rid our state of this predatory form of gambling, and recent actions by our judiciary have affirmed that electronic sweepstakes gambling is patently illegal. The last thing the General Assembly should do is to legitimize and legalize an illegitimate industry that preys on our citizens and victimizes the children and families of North Carolina.”

House Bill 922—Video Sweepstakes Regulation and Taxation would legalize video sweepstakes by licensing, taxing and regulating these electronic gambling operations . Another bill, House Bill 938—Comprehensive Gaming Reform would create a nine-member North Carolina State Gaming Commission “to establish and oversee the operation of gaming in this State.” According to HB 938, each commissioner would be paid $125,000 per year, and the commission would be responsible for overseeing the state lottery, charitable and for-profit bingo, and boxing, as well as electronic sweepstakes operations, which would be legalized, licensed and taxed by the bill.

The U.S. Attorney based these agreements in large part on the November 2014 ruling of the N.C. Court of Appeals in State v. Spruill, which upheld the conviction of two Edgecombe County citizens for running a sweepstakes gambling operation. The Court determined the operation used “an entertaining display, including the entry process or the reveal of a prize” in violation of North Carolina’s gambling laws. The Court stated, “It is undisputed that with the use of computers accessing the internet, defendants operated a sweepstakes wherein a prize was revealed to a patron not dependent upon the patron’s skill or dexterity in playing a video game.” The court furthermore determined, “Section 14-306.4 [of the N.C. General Statutes] seeks to prevent the use of entertaining displays in the form of video games to conduct sweepstakes wherein the prize is determined by chance.”

If the U.S Attorney’s actions were not enough, on June 11, 2015, the N.C. Supreme Court once again upheld the enforcement of North Carolina’s video sweepstakes laws in Sandhill Amusements, Inc. v. Sheriff of Onslow County. In this case, the Supreme Court based its decision on the reasons enumerated in a dissenting opinion filed by Judge Samuel J. Ervin, IV, when the case was before the N.C. Court of Appeals (beginning at page 32 of the opinion). Ervin is now a member of the State Supreme Court and did not participate in the high court’s June 11 decision.

As the State Court of Appeals determined in State v. Spruill (described above), Judge Ervin determined in his dissent in Sandhill Amusements that the elements of chance present in the operation of electronic sweepstakes machines outweigh the elements of skill and dexterity, and that the machines are therefore illegal. As Judge Ervin stated, “I am compelled by the undisputed evidence to ‘conclude that the element of chance dominates the element of skill in the operation’ of Plaintiffs’ machines….”

The N.C. Supreme Court affirmed this position, when it reversed the majority opinion of the Court of Appeals in Sandhill Amusements and remanded the case back to the Superior Court “for further proceedings not inconsistent with this opinion.”