AT ISSUE: Strengthen and Protect 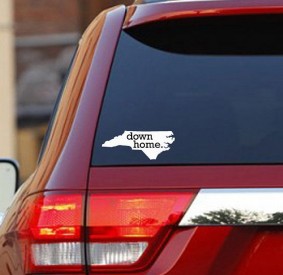 The year 2012 promises to be big for North Carolina, and this issue of Family North Carolina reflects that fact. Before the main event—the November General Election—North Carolinians must go to the polls in the primary, currently scheduled for May 8th. Aside from making their voices heard on which candidates they would prefer in the General Election for offices from President of the United States down to local boards and commissions, North Carolinians will quite literally have the future of society in their hands. After nearly a decade of tireless effort by pro-marriage advocates, the North Carolina voters will be given the opportunity to strengthen and protect marriage today and for future generations by placing its definition—the union between one man and one woman—in the State Constitution.

In a compelling feature, Brittany Farrell compiles years of research and data on the positive effects marriage has on men, women, children, and society. The conclusion is clear—marriage is the “gold standard.” No other relationship or family structure comes close to providing the invaluable benefits of marriage to every facet of society.

Unlike the controversy that surrounds the murder of tens of millions of unborn children through abortion, the history of eugenics and forced sterilizations in the country, and particularly in North Carolina, are universally recognized for their evil nature. Many will be surprised to learn about the roots of today’s abortion movement in the eugenics horror of the past in Mary Summa’s informative and telling article.

The next few months are sure to be full of debate, disagreement, and misinformation. Attorney Jacqueline Schaffer helps prepare North Carolinians for this debate by laying out and analyzing the emphasis the homosexual lobby has placed on marriage as its target. If their efforts to redefine marriage are ultimately successful, the consequences will touch family life, media, education, and religious freedom. North Carolinians must be bold in seizing the opportunity to strengthen and protect marriage by passing the Marriage Protection Amendment in May.

Drawing from her collaboration with the North Carolina Family Policy Council to develop our Family Policy Perspectives series, family and marriage counselor Paula Rinehart outlines the profound benefits of remaining abstinent until marriage.

Kami Mueller dives into the boiling pot of antifamily media in America today and looks at how Hollywood has infiltrated the hearts and minds of families by painting a deceptive picture of marriage and family. This deception has been intentional and methodical over the last half-century, but all is not lost, as Mueller concludes her article by highlighting some of the redeeming media families can find today.

Among the resources for citizens who will be engaging in the campaign to preserve and protect the definition of marriage in the North Carolina Constitution this year, is an outline of the legalities of financially supporting the campaign by attorney Steven Long. You will also find an at-your-fingertips question-and-answer style resource for responding to some of the most common objections to the Marriage Protection Amendment. Finally, we have compiled statements on the importance of traditional marriage and the Marriage Protection Amendment from faith leaders across North Carolina.

In his commentary, president Bill Brooks unveils the true threat posed by the constant unwise efforts to expand gambling in North Carolina. In spite of years of consistent and intentional efforts to prevent and rid the state of gambling in all its forms—efforts that are predicated on the recognition that no good comes from gambling that remotely outweighs the dramatic social harms and costs it brings— North Carolina government officials are once again beginning to show weakness in their resolve. Brooks sums up why the proposal to allow Las Vegas-style gambling on the Cherokee lands in Western North Carolina is a gamble the State should not be willing to take.

All of us here at the North Carolina Family Policy Council are looking forward to a 2012 filled with successful collaboration with all of you to continue our mission of serving families in North Carolina by providing the best research and information and guidance to legislators and citizens on those issues most important to families. Thanks to our readers for your support, comments, and action on issues about which we all care. We need your help, so share this issue of Family North Carolina with everyone you know, and keep your prayers and conversations lively!