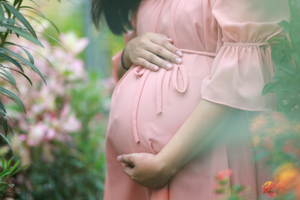 Nearly 1 in 4 stillbirths are potentially preventable. Heather Greene lost her daughter Addison at 38 weeks, and she knew Addison was that 1 in 4. This began Heather’s work to raise awareness about stillbirth and stillbirth prevention, and has helped lead to life-saving legislation being introduced in the U.S. Congress. The bipartisan Maternal and Child Health Stillbirth Prevention Act of 2022, which was introduced in both chambers on March 9, would add stillbirth and stillbirth prevention to existing maternal health legislation.

According to the CDC, roughly 24,000 babies are stillborn each year, yet the current language of Title V of the Social Security Act—an important piece of maternal health legislation—does not mention stillbirth. The Maternal and Child Health Stillbirth Prevention Act would fix that oversight, and “acknowledge the silent crisis of stillbirth in this country and that we must do more to prevent preventable stillbirths through awareness and funding.” So says Emily Price, Executive Director of Healthy Birth Day, Inc., a leading stillbirth prevention nonprofit.

Heather Greene helped initiate the legislation through her role as North Carolina Ambassador for the Count the Kicks Campaign, a public health campaign through Healthy Birth Day, Inc. The campaign educates pregnant women about the importance of monitoring their baby’s movement during the third trimester of pregnancy to prevent stillbirth and maternal death.

Heather, who also serves as NC Family’s Director of Strategic Partnerships, became involved with Count the Kicks to honor the memory of her firstborn daughter, Addison Margaret. Addison died due to a true knot in her umbilical cord just 8 days before her due date in September of 2009. This loss had a profound impact on Heather and her husband Rob, and she shared some of their story with us: 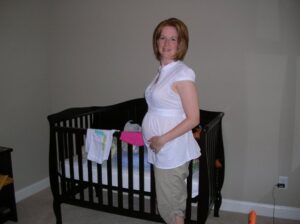 “Stillbirth is such a quiet loss. The deafening silence is something I remember most. They say stillbirth is a silent crisis. This is true in more ways than one. The silent crisis began for me at my normal doctor’s visit, when there was silence on the ultrasound monitor. No heartbeat. Just nothing. I remember the doctor saying, ‘I’m so sorry.’ But even that seemed quiet. Eventually we made our way to the hospital to deliver our full-term baby girl. I labored for 13 hours, but it wasn’t loud. This wasn’t a celebration with family and friends awaiting the good news. It didn’t end with the beautiful cries of our little girl. Just silence.

“Addison was perfect in every way but one. She was 7lbs, 1oz, and 21 inches long. Ten fingers. Ten toes. But she never took a breath. Her umbilical cord had a knot in it that eventually tightened to the point she couldn’t get what she needed to survive. Hers was a preventable death. I knew that in every fiber of my being. To have to leave the hospital without our perfectly healthy little girl simply because of a cord accident didn’t make sense. But the resounding response seemed to be that this is just something that happens.

“We left the hospital that day with quiet tears and empty arms. We went home to a house ready for Addison with a beautiful nursery, adorable baby girl outfits, the diapers and changing pad, the pacifiers and bottles, the baby swing, and the espresso colored 3-in-1 crib that would grow with her as she became a toddler. Again, we were met with silence, but in my head a voice was screaming, ‘How is it okay that my little girl is dead? How is it okay that a perfectly healthy, full-term baby is gone?’ Babies survive outside the womb as early as 24 weeks gestation these days, so losing Addison at 38 weeks left us reeling. This wasn’t okay. Nobody should have to experience this.

“My focus quickly became finding ways to make a difference. My desire to prove that Addison’s death was unnecessary eventually led me to Count the Kicks and Healthy Birth Day, Inc. They not only understood the tragedy that is stillbirth through the personal losses of their founders, but were fighting to break the silence. With their help, we met with Congresswoman Alma Adams’s office. I shared my story and gratefully, it made an impact that helped lead to the drafting of The Maternal and Child Health Stillbirth Prevention Act. This legislation is a major step toward recognizing that stillbirth is not okay. Nearly 1 in 4 stillbirths are potentially preventable. That’s nearly 6,000 preventable deaths. Addison was 1 in 4.”

Healthy Birth Day, Inc. and its Count the Kicks program have crafted sample letters and emails that you can send to your U.S. Representatives and Senators to urge them to support the Maternal and Child Health Stillbirth Prevention Act. Visit their Advocacy Toolkit to contact your federal lawmakers and help this common-sense, life-saving legislation to become law.