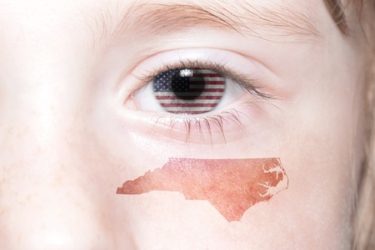 Here at NC Family, we’ve always understood that state-level policies are a vital part of the pro-life fight, but action by pro-abortion state lawmakers puts an exclamation point on that assertion! More than 200 state legislators from 40 states have formed a new organization designed to fight pro-life laws on the state level. Nine of those legislators are from North Carolina.

“This is a warning cry for our pro-life community to remain on guard and vigilant in North Carolina,” says NC Family President John L. Rustin. “We all have the power to help create laws and policies that ensure women have essential information and resources that empower them to choose life for their unborn children. It is on the local and state level that we are best able to create a culture of life that makes North Carolina such a great place to live and raise a family.”

The new Reproductive Freedom Leadership Council (RFLC) was formed in response to a growing trend among state legislatures, like North Carolina, that have enacted regulations and restrictions designed to save the unborn from abortion.

According to RFLC organizer Kelly Baden, these efforts represent a growing threat to the abortion industry: “It’s never been clearer that state legislators play a critical role in protecting and advancing our rights. With 401 new abortion restrictions on the books since 2011, […] we have a lot to do to reverse this years-long trend and protect reproductive rights.”

According to a press release from RFLC, nine North Carolina legislators have joined on to this pro-abortion organization:

Be sure to stay connected with NC Family so you’ll receive our stories and alerts on important issues as they arise. We maintain a presence at the North Carolina General Assembly and keep tabs on proposals that concern the well being of families in our state. Stay with us as we fight to make North Carolina the most family-friendly state in the nation!