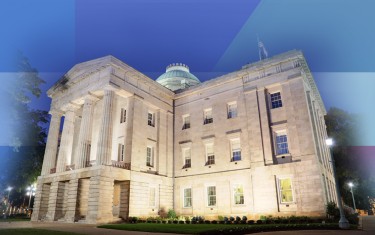 For decades, North Carolina existed in relative anonymity on the national political scene. We were a solid conservative to moderate Democratic-leaning state, but that all began to change in 2008 when Tar Heel voters barely sided with Democratic presidential candidate Barack Obama by a razor thin 14,177 votes out of over 4.3 million cast. The 2008 election marked the end of an era and a turning point in North Carolina politics that would manifest itself in historic electoral changes just two years later. In 2010, Republicans took control of both chambers of the state legislature for the first time since Reconstruction, and with the benefit of redistricting in 2011, the GOP extended its majorities in the State House and State Senate in 2012. That same year, North Carolina voters also elected a Republican governor for the first time in 20 years, and supported the Romney/Ryan Republican ticket for president/vice president over the Obama/Biden Democratic ticket by a margin of over 92,000 votes.

In a matter of two election cycles, North Carolina moved from a fairly reliable Democratic-leaning “blue” state to a highly competitive “purple” state. Much of this change was driven by population growth and a substantial increase in the percentage of unaffiliated voters. In fact, the Democratic and Republican parties have continued to lose political “market share” since 2008, with statewide Democratic registration dropping from 45.8 percent in November 2008 to 42.3 percent in May 2014, while statewide GOP registration declined from 32 percent to 30.6 percent during the same time period. Meanwhile “Unaffiliated” registration increased from 22.2 percent to 26.7 percent, meaning that more than one in four North Carolina voters do not formally associate with either of the major political parties. As a result, elections in North Carolina—particularly statewide elections—have become much more difficult to predict and increasingly more expensive.

So what does this mean for you as a voter? I believe it means your vote counts more than ever!

Due to its political competitiveness, North Carolina rose in prominence to a “top tier” state in importance in the 2012 presidential race, and we have done so again in the 2014 U.S. Senate race. Millions in political advertising dollars are pouring into the state from the candidates’ political committees and from outside groups seeking to influence the result of key races. After all, the outcome of the statewide presidential race in North Carolina was decided by two percent of the vote in 2012 and by only one-third-of-one-percent in 2008. These groups recognize that every vote counts.

Although 2014 is an “off-year” election without a presidential or gubernatorial race on the ballot, much is at stake. The outcome of our U.S. Senate race could signal a shift of power in Washington D.C., and all of our 13 U.S House seats are up for election. In addition, four of the seven seats on our State Supreme Court and three of the 15 seats of our State Court of Appeals will be decided this year. Furthermore, the entire State Legislature, 50 seats in the State Senate, and 120 seats in the State House will be chosen.

I believe our Founding Fathers were divinely inspired when they established our representative Republic, but this form of government depends upon the active involvement of informed citizens. It is our civic duty and responsibility not only to vote, but to enter the voting booth with knowledge about where the candidates stand on the issues.

This is why the North Carolina Family Policy Council will once again produce a non-partisan and objective Voter Guide prior to the November 4, 2014 General Election. The Voter Guide will provide valuable insight into the candidates’ positions on a wide range of issues including marriage, sanctity of human life, parental rights, school choice, religious freedom, gambling, and much more. We will be sure to let you know as soon as it is available.

After all, your vote counts now more than ever!