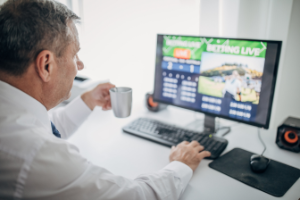 A miraculous victory was won this past Wednesday evening when a bill to legalize predatory sports gambling in North Carolina was defeated on the floor of the State House by a single vote. This victory came after two related sports gambling bills were sped through multiple committees in that chamber earlier in the week. While the bipartisan defeat of SB 688—Sports Wagering should signal the end of consideration of the bill this session according to House rules, pro-gambling forces are undoubtedly working to find a way to resurrect the measure.

A Unique Strategy: Bill sponsors employed a unique strategy in an effort to keep SB 688 from returning to the Senate where it might be voted down. Rather than accepting amendments to SB 688—which would require the bill to return to the Senate for a vote—House sponsors took another bill, SB 38, gutted it, and turned it into a separate gambling bill to run alongside SB 688. Any amendments to SB 688 were adopted into SB 38—Sports Wagering Amendments, thus keeping SB 688 intact and protecting it from having to return to the Senate.

Strong Bipartisan Opposition: When the two bills reached the House floor late Wednesday afternoon, they were met by strong bipartisan opposition. Numerous House members spoke against the bills, pointing out the many social and economic harms of gambling, raising constitutional questions about the bills, and commending their colleagues to consider the moral and religious implications of a massive gambling expansion in the state. Some of this content came from materials, research, and testimony provided by NC Family.

ONE VOTE Made the Difference: Following a robust floor debate, SB 38 (the “amendment bill”) narrowly passed by one vote, but then the primary bill, SB 688, was defeated by a vote of 50-51. After the bill failed, Majority Leader Rep. John Bell (R-Wayne) asked that his vote be changed from “Yes” to “No,” so that he would be on the prevailing side of the vote (making the final “official” vote on the bill 49-52). This procedural move enabled Rep. Bell to make a motion to reconsider the vote by which the bill failed. If approved, his intention was to send the bill back to the House Rules Committee where it would stay alive for further consideration. Thankfully, this motion failed by a vote of 44-59.

Following the floor vote, Rep. Jason Saine (R-Lincoln), the primary sponsor of the sports gambling bill in the House stated, “It’s not totally dead,” leading many to believe that significant efforts may be made to bring the bill up again before the end of the 2022 Short Session.

NC Family will keep you apprised of any further development on this issue. We also would like to sincerely thank everyone who responded to our numerous Action Alerts and contacted your Senators and Representatives over the course of SB 688’s journey through the legislature. We also thank all of the senators and representatives from both parties who took a courageous stand against the proliferation of predatory gambling in North Carolina.