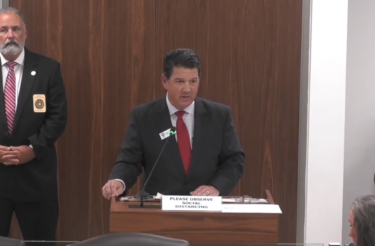 Two more Senate Committees have approved a bill that would legalize sports betting across North Carolina. Yesterday, the Senate Judiciary voted in favor of SB 688–Sports Wagering, and this afternoon, the Senate Commerce Committee also passed the bill. As NC Family has shared, this legislation would legalize wagering on collegiate, professional, amateur, and electronic sports in North Carolina.

Thank you to those who responded to NC Family’s Action Alert last week and contacted your Senator about SB 688.

If you have yet to take action, please visit the Action Alert Center NOW to urge your State Senator to OPPOSE SB 688!

NC Family President John L. Rustin spoke in opposition to SB 688 at both the Judiciary and Commerce Committee meetings. Rustin asked the Senators if they would vote in favor of a bill that they knew would lead to a rise in domestic violence, child abuse, and suicide, among other things. “Senate Bill 688 would do just that,” warned Rustin.