Rhonda Dillingham, a veteran educator and Executive Director of the North Carolina Association for Public Charter Schools, discusses the history of public charter schools, and dispels the most common negative stereotypes about these schools. 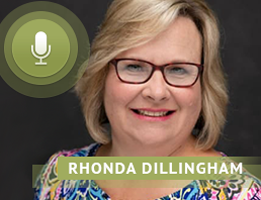 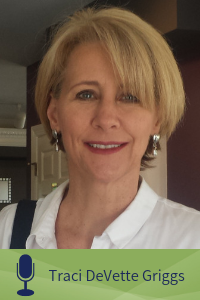 TRACI GRIGGS: Thanks for joining us this week for Family Policy Matters. North Carolina has been making a name for itself in recent years as a leader in the school choice movement to give parents more options, and more access to the diversity of academic environments for their children. However, school choice is constantly under attack by those who believe it is not good for the overall education system of all students in our state.

We’re pleased to be joined today by Rhonda Dillingham. She’s a veteran educator who now serves as Executive Director of the North Carolina Association for Public Charter Schools, and we’re going to discuss this piece of North Carolina’s education puzzle. Rhonda, welcome to Family Policy Matters.

RHONDA DILLINGHAM: Thank you so much for having me. It’s great to be here.

TRACI GRIGGS: Well, let’s start by clarifying exactly what a public charter school is and how does it differ from traditional public schools?

RHONDA DILLINGHAM: Charter schools are public schools authorized by the State Board of Education. They’re of course tuition free, and they are schools of choice, meaning that families choose them for their children. They operate with freedom from some of the regulations that are imposed upon district schools, but they’re accountable for academic results and for upholding the promises made in their charter documents. Of course, they’re required to demonstrate performance in academic achievements, financial management, and even organizational stability. And if a charter school doesn’t meet those performance goals, it could be closed. Another difference in charter schools and district schools is the funding. Charter schools do not get funding for their facilities, so they have to find the money in their operating budgets, which is why we sometimes say they tend to do more with less.

RHONDA DILLINGHAM: Well, like I said earlier, public charter schools don’t get as much funding as district schools do because they don’t get capital funding. So, they have to find the money for their facilities in their operating budgets. But the truth of the matter is charter schools are part of the public school system, and at the end of the day, it’s about the students. And it only makes sense to me and to people like me that the funding should follow the students. There are often some details in the argument that are left out. So, sometimes districts could even end up with more money per pupil as a result of a charter school being in their district. Then another issue that I’d like to address with the funding issue is the issue of predictability. So, when a charter school is approved by the State Board of Education, it is required to go through—that board is required to go through—an entire year of planning, which we call the “Ready to Open” process.

So, that makes the addition of a charter school in a community or a district, predictable, and the district can make adjustments to their budget accordingly. You know, often charter schools seem to be the scapegoat for this funding issue, but we need to keep in mind that district enrollment fluctuates for many reasons, not just the addition of the charter school. It could be changing home prices, or a plant closing for example, or even student mobility. And the districts are forced to adapt their budgets to respond to those external factors as well. So there are other things to keep in mind when you think about that whole funding issue.

TRACI GRIGGS: So when you’re talking about funding, let’s talk a little bit about a similar argument, that it makes existing schools more expensive to operate.

RHONDA DILLINGHAM: So, another issue to take into account is that the funding a charter school receives is hardly ever perfectly adjusted for the type of students that might attend the school. So for example, if a charter school enrolls a high ratio of high-cost students, then the district is better off financially. And nationally, if we look at what the statistics say nationally, we find that charter schools enroll higher proportions of minority students, low-income students, and even students that are limited in their English proficiency. And then looking specifically at North Carolina when we’re talking about the types of students that we serve, we can look back at the Department of Public Instruction Charter School Annual Report from 2017 and 2018, and the racial makeup is interesting to note there that there are a lot of similarities between charter schools and district schools. So for example, charter schools have 26 percent of Black students, compared with 25 percent in the district school. And then similarly, 55 percent of white students attend charters, compared to 48 percent in districts. Then as far as students with disabilities: 10 percent of our students with disabilities in charter schools, compared to 12 percent in the district schools. So there are a lot of similarities there that I think the general public might not be aware of.

TRACI GRIGGS: Aren’t charter schools kind of tasked with trying to make their student population diverse, and how do they do that?

RHONDA DILLINGHAM: Charter schools are encouraged to match the demographics of their community. And really it’s in the best interest of the charter school to do that because we want students to have the experience of being educated with other types of students in their communities. I can think of one school in Durham that has a high Hispanic population, and that entire school and staff are really reflective on their practices. They realized that they had that increase in their Hispanic population. So they really have gone out of their way to make sure that those students and those families are included and understand that they are an important part of the success of that school. And that means that their entire front office is bilingual; every document that goes home is written in English as well as Spanish. And then the other thing to take into consideration as far as the racial measure, is the addition recently of the federal CSP Grant, which is a federal grant which charter schools can apply for. One of the requirements for a school is to conduct a weighted lottery. Currently in North Carolina, we have six schools that are conducting a weighted lottery. The weighted lottery simply means that it gives a percentage of educationally-disadvantaged students preference if the school has to conduct a lottery. So, North Carolina definitely is taking steps in addressing the need to make sure that our schools are accessible to all types of students.

TRACI GRIGGS: So if the statistics don’t uphold that, why do you think the criticism continues that charter schools lead to racial resegregation in communities?

RHONDA DILLINGHAM: Well, because it could be that there are some specific schools that might have a higher percentage of a certain type of student. But what we have to take into consideration and remember is that charter schools are schools of choice, and that wealthy families have always been able to send their children to the best school that they could possibly afford. But students who might come from families that don’t have that type of wealth have been relegated to the failing schools that are in their zip code. That just means that the price of a home—whatever parents can afford on a home—dictates the quality of their child’s education. Charter schools disrupt that whole narrative in that they give the opportunity for choice. One thing that we have to keep in mind is that charter schools—their leaders, their principals, superintendents, board—they understand that parents and students vote with their feet. So that keeps them accountable every single day to making sure that those students are getting the highest quality education they can possibly get. District schools don’t have to face that type of scrutiny. We need to make sure that all schools, whether they’re charter or district, are serving all of North Carolina students because the success of this state rests on the quality of education our students receive.

TRACI GRIGGS: What do you see as the future of public charter schools for North Carolina?

RHONDA DILLINGHAM: I’m excited about the future for our public charter schools. We have 14 new schools that will be open this year, just maybe in a couple of weeks for the students in those communities. And then 12 more schools have been approved to open in 2020. So, that simply means that those communities will have new educational options available to them that the parents can choose from to meet the unique needs of their students. The addition of these schools means that North Carolina will be over 200 public charter schools in the state, and I just see that as an incredible positive for our state, and something that we should be proud of.

TRACI GRIGGS: Well, we’re just about out of time, but before we go where can our listeners go to learn more about North Carolina’s public charter schools?

TRACI GRIGGS: Great. Well, Rhonda Dillingham, thank you so much for being with us on Family Policy Matters, and especially for your commitment to help all North Carolina students find an educational option that works for them.