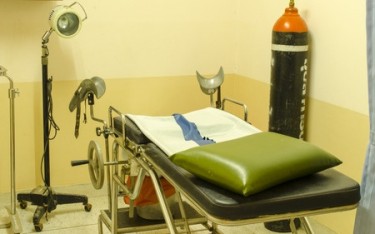 Proposed amendments to the state’s abortion clinic regulations released by the N.C. Department of Health & Human Services earlier this week fall far short of what is necessary to protect the health and safety of women in North Carolina. Despite numerous reports that the draft rules require annual inspections of abortion clinics, the rules technically state that “any clinic certified to perform abortions shall be subject to inspections by authorized representatives of the Division [of Health Service Regulation] annually and as it may deem necessary as a condition of holding such a license.” Being “subject to” annual inspections does not require annual inspections to take place; it only means that the clinics may be inspected annually.

This is important because in 2013, three abortion clinics in North Carolina (Charlotte, Durham and Asheville) were temporarily shut down for conditions that created an “imminent danger to the health, safety, and welfare of the clients,” according to reports from the Division of Health Service Regulation. At that time, it became widely known that the Division was only inspecting abortion clinics about every three to five years, on average.

In addition, while the newly proposed regulations require abortion clinics to obtain written transfer agreements with a nearby hospital “to facilitate the transfer of patients who are in need of emergency care,” a loophole states that, “A clinic that has documentation of its efforts to establish such a transfer agreement with a hospital that provides emergency services and has been unable to secure such an agreement shall be considered to be in compliance with this Rule.” Transfer agreements are vital to ensure the health and safety of women who need emergency care after an abortion.

Furthermore, the proposed rules would remove an existing requirement that women undergoing an abortion be observed in the clinic for at least one hour after the procedure. Instead, the new rules only require a patient to “be observed in the clinic to ensure that no immediate post-operative complications are present,” and that the patient’s blood pressure and pulse are stable and that bleeding and pain is controlled. As a result, women who have undergone abortions could be discharged too quickly after the procedure.

Although the proposed rule changes – the first in almost 20 years – increase standards and requirements for clinic governance, record keeping and quality assurance, they fail to address some of the most critical issues that are paramount to women’s health and safety. We must also never forget that when it comes to abortion, there is always another life to consider – that of the unborn child!

These regulatory changes, published in the December 1 edition of the North Carolina Register, are the result of a directive of the North Carolina General Assembly to the Department of Health & Human Services in Senate Bill 353-Health and Safety Law Changes, a landmark pro-life law enacted in July 2013. A public hearing on the proposed rules is scheduled at the Dorothea Dix Campus in Raleigh at 9:00 a.m. on Friday, December 19, and the Division of Health Service Regulation will be accepting written comments until January 30, 2015.