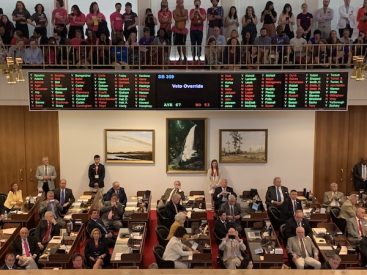 Impassioned pleas to cross party lines and “do the right thing” rang through the North Carolina House chamber this afternoon. But in the end, it was not enough. Only two of the seven needed Democrats voted to override Governor Roy Cooper’s veto of SB 359-Born-Alive Abortion Survivors Protection Act. This bill would have mandated that any child born in North Carolina as a result of a failed abortion would receive the same care as any other child. It also didn’t appear to matter that two women, who were abortion survivors themselves, were present for the vote. Representatives Charles Graham (D-Robeson) and Garland Pierce (D-Hoke, Scotland) were the only two Democrats who voted for life. Thus the vote fell short of the 60 percent necessary to override the veto.

“It’s a sad day in North Carolina when our state lawmakers cannot agree on this most basic principle: that any child born alive is worthy to be protected and cherished,” said NC Family President John L. Rustin after the vote. “This is a day for all who refused to protect the most vulnerable among us to be ashamed.”

This is also a good reminder that the votes we all cast on the state level are important. Having lawmakers who value life is essential to any family-friendly and pro-life state.