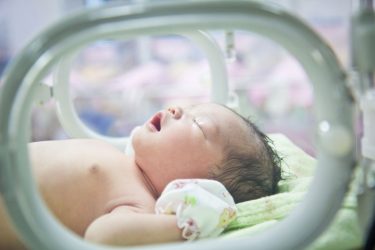 The importance of this Executive Order cannot be overstated. As you may recall, similar initiatives were attempted both at the federal and state levels last year through the passage of the Born-Alive Abortion Survivor Protection Act. These bills would require that any health care practitioner present at the time the child is born alive shall “exercise the same degree of professional skill, care, and diligence to preserve the life and health of the child as a reasonably diligent and conscientious health care practitioner would render to any other child born alive at the same gestational age.” The legislation would also require that a child born alive—at an abortion clinic, for example—is immediately transported and admitted to a hospital. (The current law does not include an explicit provision requiring an abortionist to care for a newborn baby who is born alive after a failed abortion attempt.)

In North Carolina, a Born-Alive bill (Senate Bill 359) passed both chambers of the General Assembly last year, but was vetoed by Governor Roy Cooper. A veto override vote was successful in the Senate, but failed in the House. Federally, Democratic leaders in the U.S. House blocked Republicans 80 times from setting up a vote on a Born-Alive bill last year.

The President’s Executive Order directs HHS to take a variety of actions, as outlined in HHS’s recent press release. These actions include “ensuring that individuals responsible for federally funded programs and activities are aware of the obligations they have under the law, including when infants are born prematurely or with disabilities.” Furthermore, HHS is directed to prioritize “the allocation of HHS discretionary grant funding and National Institutes of Health research dollars for programs and activities conducting research to develop treatments that may improve survival—especially survival without impairment—of infants born alive.”

As the Executive Order states, “Every infant born alive, no matter the circumstances of his or her birth, has the same dignity and the same rights as every other individual and is entitled to the same protections under Federal Law.” But this is not always lived out, especially in cases of failed abortion attempts where the infant is born alive and prematurely. The President’s Executive Order aims to fix this. “HHS’s mission is to protect the health and well-being of all Americans,” said HHS Secretary Alex Azar in a press release, “and that means all Americans—including infants born prematurely and infants with disabilities.”