Prayers For Those On The Front Lines 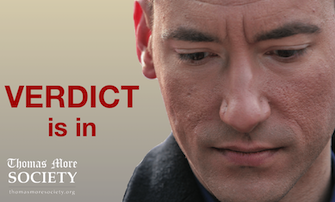 As we head into a long Thanksgiving weekend, NC Family encourages you and your family to take a moment to thank God and pray for those who are the front lines of our nation’s pro-life movement. In particular, please remember those who labor so faithfully at pregnancy care centers across the nation and for those who take a public stand for the unborn and newborn in the halls of government and in the public sphere. Among those are David Daleiden and Sandra Merritt who are facing a court order to pay Planned Parenthood $2.28 million after a federal jury in California ruled against the pro-life activists and journalists.

You may recall that in 2015, Daleiden and Merritt met with Planned Parenthood associates and recorded and periodically released the videos via the Center for Medical Progress. Over the course of these recorded conversations, Planned Parenthood discussed its involvement in the sale of fetal tissue for profit, but a Texas grand jury in 2016 found that Planned Parenthood had not broken the law. Planned Parenthood then brought a lawsuit against the activists, Center for Medical Progress (CMP), two of its board members, and the fictitious firm, Biomax Procurement Services, which Daleiden and Merritt had pretended to represent during the recorded conversations. The charges were for fraud, trespass, racketeering, breach of contract, and secret recording.

Life Legal Defense Foundation and Thomas More Society, who are representing the two journalists, say they will appeal the verdict, given the overall horrifying information received from the recorded conversations. “Rather than face up to its heinous doings,” said defense attorney Peter Breen, “Planned Parenthood chose to persecute the person who exposed it. I am fully confident that when this case has run its course, justice will prevail, and David will be vindicated.”

According to a statement from National Right to Life, “This judgment [against Daleiden and Merrit] is a miscarriage of justice and threatens first amendment rights and investigative journalism.”