POV: Why We Must Keep Talking About Marriage 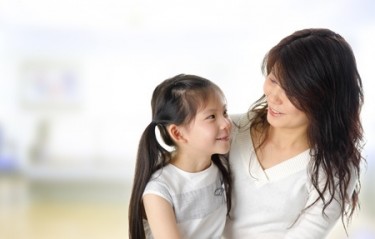 “Mommy, what do marriage mean?” our then three-and-a-half year-old daughter asked between bites of a PB&J sandwich. It was 2009, and we had just left a Marriage Protection Amendment rally, where hundreds of North Carolinians urged the General Assembly to pass legislation allowing us to vote on adding the definition of marriage to the State Constitution. Since our daughter spent most of the event running around or crying, my husband and I were kind of surprised that she’d been paying attention. Her simple yet profound question that day reminded us what we were fighting for, and how much was at stake.

Fast forward about six years to June 2015—the day the U.S. Supreme Court issued its Obergefell decision that forced the redefinition of marriage on every state. I was driving my daughter and her friend home from summer camp, and still trying to process how or if to address the decision with my children, when her friend announced from the back seat: “Guess what? The mayors of America said today that two men can get married!” Before I could respond, my daughter said, “No, that’s not true! Is it Mommy?” And there it was, the moment I had been dreading! I told the girls that no one could change the true meaning of marriage, which God made for a man and a woman, and then quickly changed the subject, hoping to postpone further discussion to a later time. The girls were easily distracted, but I spent the drive home feeling frustrated. “Can’t we avoid this issue for one day?” I asked my husband later.

However, God used both conversations with my daughter to remind me how vitally important it is to proactively speak the Truth about marriage to the next generation, not just in our own homes and churches, but in the broader culture as well.Although we may feel like avoiding the topic, there has never been a more important time for us to be prepared to answer the question—what is marriage—and to explain why it matters.

For motivation, I suggest that we analyze a page out of the playbook of the homosexual rights movement. One of the key strategies the LGBT movement used to get where they are today can be summed up in two simple words: “Keep Talking.” In fact, that is exactly how LGBT strategists Marshal Kirk and Hunter Madsen put it in their pivotal manifesto, After the Ball. They called this “Keep Talking” strategy the “recipe for desensitizing” heterosexuals to homosexuality, writing that, “The free and frequent discussion of gay rights by a variety of people in a variety of places gives the impression that homosexuality is commonplace.”

We don’t have to look far to see the success of the “Keep Talking” strategy. A recent Pew survey shows how acceptance of homosexuality and same-sex “marriage” has shifted dramatically over the years, especially among younger generations. One way the LGBT community achieved this shift in attitudes was by using the media (TV, radio, movies, the press) to their advantage—bombarding us with the images, voices, and terminology associated with same-sex unions, LGBT rights, and LGBT families. A report a few years ago by GLAAD (formerly the Gay and Lesbian Alliance Against Defamation) found that 34 percent of Americans who identified themselves as more favorable to LGBT issues credited their changing views to “seeing gay or lesbian characters on TV,” 41 percent to news coverage of gay and lesbian issues, and 29 percent to seeing gays and lesbians in the movies.

The “Keep Talking” strategy is one that the pro-family movement should adopt. Of course, our goal is not to desensitize the public to the traditional view of marriage but to “re-sensitize,” or remind the current and next generations what marriage really is, and how marriage between one man and one woman benefits society. We don’t need Hollywood on our side in order to promote the Truth about marriage, but we can no longer afford to be silent about marriage while the other side continues to loudly promote a dangerous and false sexual ideology.

To successfully use the “Keep Talking” strategy, we should consider three key points:

The beauty of God’s design for the family has the power to inspire younger generations, even those who embrace same-sex unions now, to look for a better way. But in order to give them a way out, we must “keep talking” and modeling God’s perfect design for marriage in our homes, churches, neighborhoods, schools, and workplaces. Now is not the time to be silent or retreat, but to boldly speak the Truth about marriage every chance we get. So, let’s keep talking!