POV: The Irreplaceable Role Of Fathers 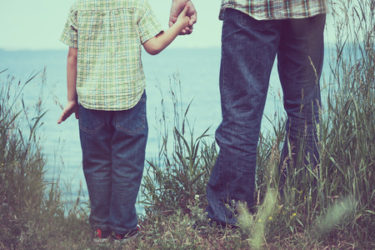 Squeals of delight spiraled down from the upstairs of my home one recent evening. Then I heard my husband chasing our 18 month-old son, both laughing as they wrestled and played. A wave of thankfulness washed over me as I listened to the two of them. My husband is much more than just a co-laborer with me in the adventure of parenthood – he plays an irreplaceable role as my son’s father. Having a child has not only given me a greater appreciation for my husband, but it has also reaffirmed how incredibly blessed I am to have a wonderful father myself who has poured into my life in ways that no one else can. With Father’s Day approaching, let’s consider how fathers play a critical role in their children’s lives, and why it’s vital that we show them honor and gratitude.

As a relatively new mother, I have heard often about the importance of maternal bonding with my child, especially during the infant stage. However, the role my husband should play has never been emphasized during my many well baby visits to the doctor – even though data shows a very strong need for children to interact with their fathers. Social science research suggests that paternal interaction with their children between 3 months to 24 months of age plays a significant role in their children’s cognitive development by the time children reach their second birthday.  Giving children time to bond with their fathers is critical – even while they are still infants!

According to the National Center for Fathering, active involvement from fathers has a positive impact on their children’s emotional and behavioral health as well as their academic success. The National Fatherhood Initiative highlights how children with absent fathers have four times the risk of poverty than those with actively-involved fathers, are seven times more likely to become pregnant as a teenager, are more likely to abuse drugs and alcohol, and are even more likely to go to prison. We as a society should do more to encourage father-child bonding and celebrate the important role dads play in their children’s well being, especially as the role of fathers seems to be downplayed, and more and more children are growing up in fatherless homes.

This Father’s Day, let’s renew our efforts to encourage the fathers around us in the vital role they play in their children’s lives. If you’re a mother, think of ways you can facilitate more quality time for your husband and children. Or perhaps there are young dads close to you who could use a word of encouragement as they navigate parenthood. Since children thrive when fathers are present and active, we should do more to show our sincere appreciation to the loving dads around us. I am so grateful to my own dad for his decades of love and care for me, and for my husband, who denies himself daily to live out his irreplaceable role as my son’s father.