POV: Championing Life In A Den Of Lions 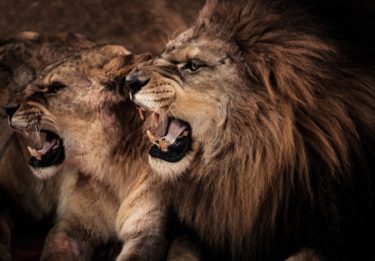 When I entered the auditorium at the Nasher Museum of Art at Duke University the evening of April 25, I was amazed at the packed room, and took a place on a folding chair along the back wall, one of the few remaining seats. As I looked around, I noticed an interesting mix of people: professors, students, interested parties from the community, a lady in a motorized wheelchair, many people of all ages with laptops, tablets, and recording devices at the ready. I had the distinct feeling that everyone present, including myself, cared very deeply about the subject matter to be discussed.

“We have to wonder, what has happened to our imaginations that we even go here?”

Curlin was first up to give his side of the case: Allowing physician-assisted suicide erodes trust in the doctor-patient relationship and goes directly against the physician’s role of “doing no harm.” Starting with a story from his own experience, Curlin shared how the family of a patient with a terminal illness trusted him to care for their loved one since they were united in preserving life at all costs. This, despite the fact that there were measures available that could speed up the dying process, such as giving morphine. Curlin contrasted this experience with that of Brittany Maynard, a young woman who chose physician-assisted suicide shortly after a cancer diagnosis, making the decree, “I want to die on my own terms.” Curlin argued that the majority of those who choose physician-assisted suicide do so not because they are currently suffering great pain, but because they do not want to face “further debilitation” or become “a burden” on loved ones. Our culture promotes youthfulness as the ultimate end, so it makes sense that “ending it all” would be on the imaginations of many facing an illness that could strip their bodies of beauty and agility. These contrasting lines of thinking help us understand why physician-assisted suicide is a hotly debated issue.

Quill then offered his position in favor of physician-assisted suicide, which he consistently referred to as “aid-in-dying.” Interestingly, during Curlin’s talk, many in the audience were restless and even harrumphing. However, I noticed the mood of the room changed dramatically as Quill spoke, with laughter and smiles carrying throughout the audience. Quill focused on autonomy, showing mercy, and not abandoning the patient in hardship as reasons to allow for the practice of physician-assisted suicide (Curlin later noted that he does not consider walking with a patient through a terminal illness as “abandonment,” as Quill claimed). Quill also relayed a decades-old case of a patient named Diane who was facing acute leukemia, and wanted a “way out.” Quill provided her with lethal medication to take when she was ready, even though such a practice was and continues to be illegal in New York. Quill argued that his action was compassionate, and he did so to alleviate her suffering. “Saying that someone hasn’t suffered enough just makes me crazy,” he said.

After the presentations, the physicians took a wide-range of questions from the audience, although most of the questions were directed at Curlin with tinges of hostility:

“I detect religious undertones in your speech. Could you explain how your argument makes sense in a non-religious context?”

“I am planning to use inert gas to take my life since I am facing a terminal illness. So there you go!”

Dr. Curlin responded to each question with reasoned arguments hinging on the role of the physician as a healer, maintaining the trust of the patient and his family, and an inherent respect for the importance and dignity of human life even when society struggles to see its beauty and value.

In the end, there was no “good place” to end the discussion, since it was clear how divisive the issue was for those in the room. I took heart in the moderator’s parting words: “Perhaps you heard a side today that you do not normally hear, and that is a good thing, since it’s easy to ignore opposing viewpoints today.”

I walked away wondering if anyone in the room had ever heard a case for life as masterfully presented as Dr. Farr Curlin had done that evening, and in an atmosphere that seemed to me much like a lion’s den. If so few have heard the truth presented well, the need to keep fighting is more important than ever before. If we do not champion life, who will? If not us, then who?