POV: A Call for Civility! 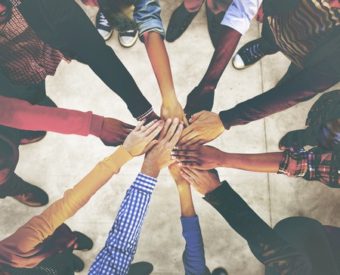 Our nation was shocked recently by the brazen attack of a gunman on members of the U.S. Congress, staffers, and others gathered at an Alexandria, Virginia park to practice for a charitable baseball game. According to reports, five were injured in the June 14 attack, including U.S. Rep. Steve Scalise (R-LA), and the gunman who subsequently died from injuries sustained during the attack. North Carolina Congressman Mark Walker, who is the starting pitcher for the team, left the field just before the shooter arrived. As our nation mourns the attack and prays for the recovery of those who were injured, a call for civility is echoing across America.

Due to the vitriol that seems to be increasing more and more in many political circles, some are asking if such an event could take place in their own states and communities. In my experience, North Carolinians are polite and inviting people with just the right amount of Southern charm. Sure, we can have passionate disagreements about things like basketball, barbeque, and the “proper” shade of blue, but even in disagreements we can keep things civil. My belief was challenged, however, after I recently attended a town hall meeting hosted by Congressman Mark Walker in Alamance County. I was not ready for what I experienced, and any notion of the “genteel Southerner” was thrown out the window.

I was asked to volunteer at the town hall meeting by a church friend on Walker’s local staff. I had seen videos of contentious town hall meetings in other areas of the country and wondered if this event would be a rabble-rousing free-for-all like some of those or a quiet exchange of ideas and opinions. My friend had suggested there would probably be protesters present, as the Congressman hears from his opponents on a regular basis outside his Alamance County office most Tuesday mornings. I decided to take my chances and agreed to help out. My job was to hand out tickets to attendees who wanted the chance to ask a question or make a comment.

The hour long meeting, one of four held that day across the district, was opened with prayer and the Pledge of Allegiance. Instructions were given on the format for the meeting and Congressman Walker spoke briefly and acknowledged specifically the presence of the Tuesday protester crowd in attendance. With that, ticket numbers were called out randomly and those with questions came to the front of the auditorium to speak.

There were many controversial topics discussed, ranging from healthcare and climate change, to President Trump’s integrity. It wasn’t the substance of the debate that caught me off guard, however, but the total lack of respect and maturity shown by the protesting side. They “cat called” Rep. Walker, yelled angrily at him as if he was less than human, and totally ignored the organized and unbiased structure of the event.

One man rose to surmise that the pastor who opened the meeting in prayer, and Congressman Walker (a former pastor himself) probably believe in the Bible’s Ten Commandments, one of which, he pointed out, is “Thou Shalt Not Lie.” This man declared that President Trump “is lying five times a day” and was astonished Rep. Walker would support him. The Congressman questioned the accuracy of the man’s claims but conceded that “President Trump can be brash at times and I will be watchful of his record.” A chorus of “Go golfing, Trump! Go golfing, Trump!” broke out from the rear of the auditorium at that point in the exchange. The meaning of that was lost on me but the group’s rudeness was not.

One woman questioned why the Congressman was more concerned about the rights of an unborn child than the rights and choices of a woman regarding her own body. After asking the question, she, with the support of a hostile crowd, repeatedly interrupted Rep. Walker and refused to let him answer. When he was finally given time to speak, he graciously told her, “We are not going to agree on this, but I believe the unborn has the same rights as the mother.”

As my temper got shorter and my anger grew larger, I was even more impressed with the kindness and grace shown by Rep. Walker. He handled the disgruntled, unappeasable and largely partisan crowd with patience and diplomacy. This was never more apparent than when one questioner commented on “the hate in this room.” Rep. Walker replied, “I don’t feel like these folks in here have any hatred and I commend them because they care enough about our country that they want to be involved.”

Rep. Walker’s grace and patience reminded me that, as Christians engaged in politics and public policy, we need to not lose sight of one of our larger callings as Christians: to be Christ-like. That often means turning the other cheek, praying for those who persecute us, and loving our enemies.

Even though we are human and may get angry and frustrated from time to time, we can agree to disagree when necessary, but we always must treat others with dignity and respect. Violence in any form, especially the kind displayed in Alexandria recently, is completely unacceptable and is no way to solve political disagreements. Americans across our nation must join together in civility and reject any and all actions and messages of divisiveness that seek to drive people apart and incite them to unreasonable anger.

May God bless our nation.