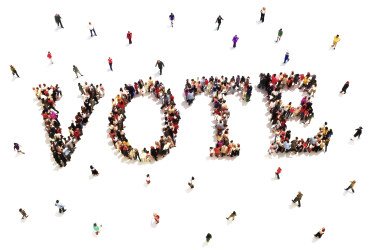 You can hardly turn on major broadcast news these days without being bombarded by the latest prognostications about the presidential primary elections. In my mind, that’s a good thing. Far too often, we, as Americans, face a deficiency of information about candidates running for office and where they stand on critical issues. This election has proven to be quite different, however, as matters of faith, the sanctity of human life, and religious liberty have taken center stage—literally!

In fact, candidates across the board (particularly in the Republican Primaries) are bending over backwards to court “evangelical voters.” These “faith-based” citizens have become a major target in this election, but if you had the opportunity to ask the candidates who these evangelical voters are, you would probably get very different answers from each one. Regardless, American voters who value faith, life, and religious freedom have become a “hot” political commodity in 2016.

According to a report by the Pew Research Center on Religion & Public Life, 77 percent of adults in North Carolina are of the Christian faith (20 percent are “unaffiliated,” and the remaining 3 percent are of non-Christian faiths including Jewish, Muslim, Buddhist, Hindu and other). Over one-third of North Carolina adults, or 35 percent, identify as “Evangelical Protestants.” This means that of the 6.4 million registered voters in the state—well over 2 million—consider themselves to be “evangelical” (see graphic on page 9).

As with the candidates, it may be difficult to pin down exactly what this designation means when it comes to the ballot box, but it is an undeniable fact that a HUGE portion of voters in the Old North State find themselves within this now coveted political demographic.

So can evangelical voters really make a difference? The candidates certainly seem to think so, and recent electoral history in North Carolina confirms it. In 2008, Barack Obama won North Carolina by only 14,177 votes, the second closest percentage margin in the nation. In 2012, Mitt Romney won North Carolina by 92,004 votes, the third closest percentage margin in the nation. And in 2014, former GOP Speaker of the N.C. House Thom Tillis defeated Democrat Kay Hagan for U.S. Senate by only 45,608 votes, a margin of just 1.5 percent of all votes cast. These top-of-the-ballot statewide races are indicative of how truly competitive North Carolina’s political landscape really is.

So, I ask again, can evangelical voters really make a difference? The answer is a resounding “YES,” but in order to do so, (1) we must be informed, and (2) we must get out and vote.

That is why NC Family provides valuable tools, like our non-partisan General Election Voter Guide, to help voters understand where the candidates stand on the issues that really matter the most. And it is why we work so hard to encourage citizens to take their civic responsibility seriously and to “Vote Their Values.”

If you are an “evangelical voter” in North Carolina this election cycle, you can rest assured that your vote is not only a highly prized commodity, but that it absolutely can make a difference!

So, be sure to get out and vote!