PERSPECTIVE: A Prayer For Life 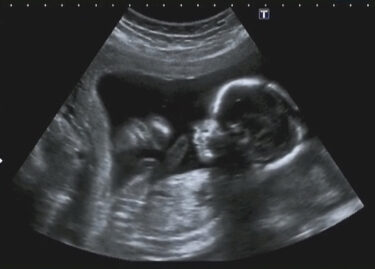 This summer, the U.S. Supreme Court is expected to issue its opinion in the case of Dobbs v. Jackson Women’s Health Organization, which challenges a Mississippi state law banning abortion after 15 weeks gestation. In this highly anticipated decision, the majority on our nation’s High Court could land a fatal blow to the nearly 50-year-old Roe v. Wade opinion of 1973 that legalized abortion across the U.S. and has resulted in the death of over 60 million unborn lives. If the Court upholds Mississippi’s law, or even goes further and overturns Roe altogether, it is expected that policy decisions regarding the legal status of life and abortion will revert back to the individual states. This means that state legislatures will have renewed authority and broad latitude to enact strong laws to protect the lives of unborn and newborn children. It also means past court opinions that overturned pro-life laws based on Roe v. Wade may be revisited and overturned as well.

With the Dobbs decision looming, we at NC Family are frequently asked what a favorable ruling could mean for North Carolina. In short, it’s literally a matter of life and death.

NC Family has been a strong advocate for life in North Carolina for the past 30 years, and our state is fortunate to have a myriad of pro-life laws in place. These include:

The North Carolina General Assembly also has passed bills to ban abortions sought because of the race of the unborn child or a diagnosis of Down syndrome (in addition to sex-selection already in the law); and to require a health care practitioner, who is present at the time a child is born alive after a failed abortion attempt, to provide care to the newborn baby and transport it to a nearby hospital. Unbelievably, both of these bills have failed to become law, because they were vetoed by Governor Roy Cooper.

Perhaps most pertinent to the Dobbs case is the fact that until just a few years ago, North Carolina also had a law in place banning abortion after the 20th week of pregnancy, except in cases of a medical emergency. In March 2019, however, U.S. District Court Judge William L. Osteen, Jr. struck down North Carolina’s 20-week ban, saying it contradicts the “viability” standard established in Roe v. Wade and Planned Parenthood v. Casey. As a result, the life of an unborn child can legally be aborted in North Carolina at any point up to “viability” for practically any reason. Tragically, viability is a judgement call made by the abortionist. If he or she determines that an unborn child at 21 weeks, or 22 weeks, or even 24 weeks or later, is not “viable,” then the abortionist may legally end the life of that child.

If the U.S. Supreme Court upholds Mississippi’s 15-week ban, or completely overturns Roe, this would not only serve to reinstate North Carolina’s 20-week ban on abortion, but it would provide the grounds for our state legislature to go even further and enact laws that honor and protect human life at a much earlier stage—ideally at conception.

As you can imagine, much is at stake, and we need to fervently pray that the Justices of the U.S. Supreme Court will render the strongest decision possible in favor of life.