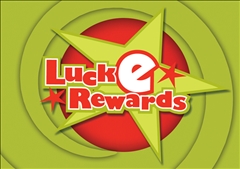 Beginning today, December 5, 2013, North Carolinians will be able to purchase lottery tickets for certain games on the Internet through an online subscription service. The North Carolina Education Lottery’s (NCEL) new online service, which begins December 5, is modeled after similar programs in 11 other states, and allows “players to use the lottery’s website to buy subscriptions for drawings for its three jackpot games—Powerball, Mega Millions and Carolina Cash 5.”

Lottery officials hope the new online games will increase sales by enticing more North Carolinians to gamble on the lottery. “We hope the new service will offer a way for those who currently don’t buy tickets at a traditional lottery retailer to try some of our games,” Alice Garland, NCEL executive director, said in a press release.

John L. Rustin, president of the North Carolina Family Policy Council, responded, “The North Carolina Lottery is so bent on separating the state’s hardworking citizens from their money that it is now taking lottery ticket sales directly into people’s homes through this online lottery scheme.” Rustin added, “Not only will this venture result in an increase in problem gambling in our state, it also represents a very dangerous step toward other forms of online gambling, such as highly addictive video lottery terminals.”

According to the NCEL, the online subscription service does not allow lottery players to “to buy a single draw ticket or to buy instant scratch-off tickets,” but instead requires players to purchase “a subscription to at least two weeks of drawings for one of the three games” (Powerball, Mega Millions and Carolina Cash 5). To purchase an online subscription to the lottery, players “go to a secure section of the NCEL’s Lucke-Zone, the player’s club website, to register for the service and set up an account,” where they must deposit money through an electronic fund transfer, although the NCEL notes that, “eventually a debit card can be used.”

The NCEL emphasizes that it has instituted “safeguards” that help insure that only adults 18 years and older use the online service to purchase a lottery subscription, and that allow players to “place their own personal limits on play” in addition to NCEL “limits on the number of multi-draw tickets that can be purchased.”

In related news, a new series of investigative reports into the Oregon Lottery by The Oregonian newspaper found that problem gamblers in that state account for a disproportionate share of the state lottery’s revenue. Oregon allows the use of video lottery machines, where “the biggest chunk of players . . . park in front of a machine and gamble alone until all their money is gone.” According to the first report in the Oregonian series, “records analyzed by The Oregonian [show] that most of the lottery’s revenue comes from just a sliver of players who lose thousands of dollars a year.”