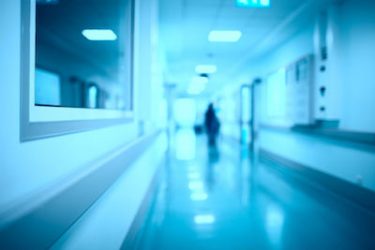 UPDATE: Under the direction of Attorney General Josh Stein, North Carolina has joined eighteen other states in suing to block this new rule from being implemented. The suit came one week after the rule was announced.

Planned Parenthood reportedly will lose roughly $50 to $60 million of the government funding it receives each year, based on a new rule issued by the U.S. Department of Health and Human Services (DHHS). This rule pertains to Title X, and states that clinics receiving Title X funding may not perform abortions.

Title X—or the Family Planning Services and Population Research Act of 1970—is a federal grant program that directs millions of dollars to family planning and preventive health service clinics. Title X does not, however, include abortion as a method of family planning. Before this recent rule was enacted, Title X funding could go to abortion agencies as long as the grant money was not used to directly fund abortions. The money could be used, however, to indirectly fund operating costs like rent and salary. Planned Parenthood and other abortion providers were essentially able to use government funding to subsidize all costs other than the act of an abortion. By having these costs covered, most of the money the organization raised and received from other donors could go directly to performing abortions.

But thanks to this new rule, Title X funding will not go to any clinic or family planning center that performs abortions. Instead, the money can go to over 11,000 Federal Qualified Health Center sites, which are in underserved communities all across the nation. Contrary to what many pro-abortion advocates say, underserved women will not be left without health care. These Federally Qualified Health Centers offer three times the number of services that Planned Parenthood offers.

Unfortunately, this does not mean Planned Parenthood is completely defunded from receiving taxpayer dollars, or that they will be inhibited from performing abortions. The estimated $50 to $60 million represents only about 10 percent of the federal taxpayer funding received by the nation’s largest abortion provider. Additionally, due to an increase in drug-induced abortions, fewer facilities and personnel are needed to conduct an abortion.

The DHHS’s new Title X rule is a major step in the right direction, and a concrete example of efforts being made by the Trump Administration and by pro-life groups to chip away at the nation’s abortion industry. But we still have a long way to go. A similar Title X rule was enacted by President Reagan, but was reversed when President Clinton took office. Therefore, long-term, comprehensive defunding of groups like Planned Parenthood from receiving taxpayer dollars must come from the legislative branch through changes in the law.