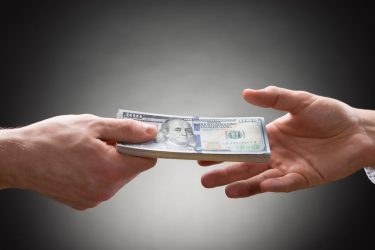 The national debate over the sanctity of human life is expected to come to an all time high during this upcoming election cycle, with Roe v. Wade and “abortion rights” taking a prominent position in the campaigns of many national and state level candidates. In fact, the nation’s leading abortion provider Planned Parenthood has announced that they intend to pump at least $45 million into supporting federal and state candidates who promote the pro-abortion agenda. Reportedly, this is nearly $20 million more than Planned Parenthood has spent during any election cycle in the past.

Kelley Robinson, Executive Director of Planned Parenthood Votes, announced in early October that their superPAC will be using the $45 million to target specific states that contain voters who may be on the fence about this issue. Along with working “to take back the Senate, the White House, state legislatures, and defeat harmful ballot measures across the country,” Planned Parenthood Votes says it will be “targeting 5 million individual voters nationwide, with a focus on nine key states.” According to an interview Robinson did with NPR, North Carolina is one of those nine states. “The campaign will include digital, television and radio ads rolling out later this year; direct mail; and voter canvassing beginning in 2020.”

This development is yet another example of how pro-abortion advocates are taking their fight to the states.

But national pro-life groups are attempting to meet this challenge. The Susan B. Anthony List (SBA List) has announced plans to spend $41 million on the priority states to ensure proper challenge to the pro-choice movement at every level, “working closely with local allies on the most ambitious pro-life legislative agenda yet to aggressively challenge, erode, and finally, overturn Roe vs. Wade.”

Both SBA List and Planned Parenthood Votes have said that they plan to surpass the aforementioned pledged amounts, meaning it is highly likely that millions more will be poured into North Carolina on both sides of this issue leading up to the November 2020 General Elections.

NC Family is proud to fight for the sanctity of human life at all stages—from the unborn to the infirm, to the elderly—through grassroots work with our supporters and through direct advocacy in the North Carolina General Assembly and U.S. Congress. As we have done in the last 10 election cycles, NC Family will survey all candidates running for state and federal offices in North Carolina to determine where they stand on the issues of life, religious liberty, and many others critical matters, and then report the candidates’ responses to North Carolina voters through our nonpartisan General Election Voter Guide.