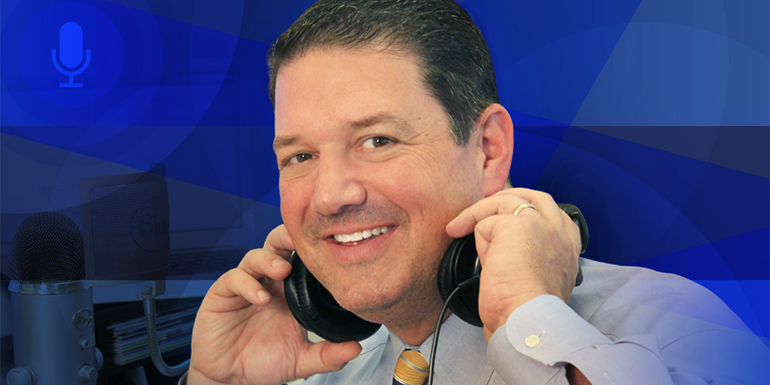 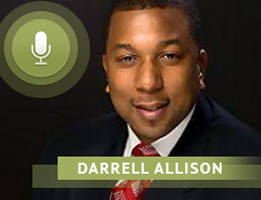 Thanks for joining us this week for Family Policy Matters. Each year in North Carolina, more and more families are taking advantage of the variety of educational options we enjoy, from traditional public schools, to public charter schools, to private and parochial schools, to home schools. In fact, North Carolina has become a national leader in the arena of school choice.

Our guest today is Darrell Allison, President of Parents for Educational Freedom in North Carolina, a statewide organization that seeks and supports greater educational opportunities for parents and students through school choice.

Darrell, welcome to Family Policy Matters. It’s great to have you back on the show again.

DARRELL ALLISON: John, it’s a pleasure to be with you and your listeners.

JOHN RUSTIN: Thank you, Darrell. The last 20 years, North Carolina has really made tremendous strides in providing more educational options for parents and students, not just with respect to the forms of schooling we have, but also with respect to educational funding opportunities that help to empower parents to make the best educational choices for their children. Talk briefly, if you would, about the history of “school choice” in North Carolina from the 1980s to today.

DARRELL ALLISON: I think it’s gone beyond saying that parental school choice is trending in North Carolina, that’s for sure. Our state, I believe, is on the tip of the spear and the beautiful thing is that we’re doing so much from a purpose-driven parental school choice model and mindset, if you will. We do not operate from a standpoint of just school choice for school choice sake. We’ve advocated for programs that really reflect that mission. But let’s go back to 2011 and that’s one where we eliminated the cap on public charter schools, and today we have over 100,000 students that are educated in 173 public charter schools across out state, with an additional 55,000 students on waiting lists. Since 2011, we’re talking about nearly 75 percent growth in our public charter schools. Fast forward, here in North Carolina, we’ve created not one, not two, but three separate private school choice programs since 2011. The Opportunity Scholarship Program […] to date has seen over 35,000 applicants, and this coming Fall, we’ll have over 10,000 kids that will be enrolled in private schools due to the Opportunity Scholarship Program. Our first private school choice measure was in 2011. And that was with the Children with Disabilities Scholarship Grant and today, we have over 1,000 students benefiting from that scholarship, but yet today we still have over 500 on the waiting list. And lastly—and we’re really proud about this one—last year, we ushered in the Special Needs Education Savings Account (ESA), which will provide $3 million in support. North Carolina became the sixth state nationally to pass an ESA, if you will. And John, what’s remarkable is the application process opened for the special needs ESA February 1st, we have roughly 300 slots that need to be filled to fill up $3 million dollars and we have over 250 applicant so far. Today, more than 100,000 students are educated in a private school across our state, in large part thanks to these scholarships. We have over 12,000-plus that are utilizing these scholarships to be able to be in that number of 100,000. And then finally, to cap it all off, there’s a growth from North Carolina families that would like to educate their children in home schools where we’re getting near up to 130,000 students there. So, when you add all thee numbers up in terms of families in our state choosing non-traditional paths to educate their children, we’re at 330,000 today.

DARRELL ALLISON: Always look at […] these programs as being a compliment. And so a little bit more about the program: As of January 29th, the latest data available from the State Education Assistance Authority, we have […] 7,557 scholarships. Scholarships are made directly to schools twice a year, once in the fall and once in the spring. So that’s about $20.2 million that’s been expended to about 405 private schools on behalf of those students utilizing the program. What’s really exciting, this upcoming Fall, we’re already starting the application process as of February 1st. And John, this is what’s pretty remarkable: Each year, we’ll have about 2,400 new scholarships made available to families up until the year 2026-27. But in the first week alone—so February 1st, the first week, we have a limit of 2,400 scholarships—we’ve had over 2,500 applications in just one week. I think it speaks pretty remarkably when you look at these numbers. I think we hit it right on the mark here and I think the families are responding, obviously, in significant numbers, that this is a program that really resonates with them.

DARRELL ALLISON: Obviously, we’ve heard this argument time and time again, and […] just because someone says it a lot, it doesn’t make true. I’m the biggest proponent of traditional public schools. I was educated in North Carolina public schools my entire life from grade K all the way to grad school. Today, my two daughters are educated in our traditional public school system. But that doesn’t mean it must be one or the other. And I see parental school choice as a compliment, as I mentioned earlier, to the traditional public school model. At the end of the day, we have nearly 1.5 million children who are educated in our traditional public schools, and thankfully, that is where the vast majority of education funding should be focused. But we can appreciate the 1.5 million number. Think back to the 330,000 [number] I gave here about the kids that are educated outside of the system. That’s not only a number to us but we see this number being 330,000 individual stories, unique reasons as to why they sought an alternative educational model. We are saying, opportunities for families to look elsewhere through public charter school, private school, homeschool, or other option, we want those to be on the table as well. Why? Because we truly believe that where we have more quality options for families, the better the chances that that family will find the right education for that child. I think we have the proper balance in place, and I’m really appreciative as to how we have proceeded, how we followed that as a result.

JOHN RUSTIN: Darrell, you mentioned earlier in our conversation that the General Assembly, last session, approved the use of Educational Savings Accounts, which are designed to help parents of qualifying disabled students cover the costs of education-related expenses. Tell us about that if you would.

DARRELL ALLISON: We became the sixth state in our nation to pass an Education Savings Account. And John, I think I was with you all not too long ago, talking about one of the fascinating utilizations of schools here. It really does open up the menu here for families to be able to utilize the best of both worlds. So for instance, here in North Carolina, one of the highlights of the Special Needs Education Savings Account for families with children with disabilities—with significant disabilities—and that is, in North Carolina, a parent doesn’t necessarily have to leave one system over the other. A lot of cases, when we talk about private school measures that have been implemented in the state, that’s a child that’s basically got to leave the public school system and go into a private school system. That’s the majority of where our programs are, in ESA as well. But in this program, we open it up to where a family—say, you have a family with special needs and they are getting most of, or majority of, their needs met in the traditional public school system, but they’re missing it here. Maybe they need some extra tutorial work, therapeutic work that that system cannot provide. Well, in the Special Needs ESA program that we passed, where you have a private school that’s special needs focused and you need that tutorial, you need that therapy there, you can still remain in the public school system, be able to utilize the Special Education Assistance Grant, which is about $9,000, and be able to be also a part-time student there in private school. So, you get the best of both worlds here. The other great thing I’m excited about: The Special Needs ESA. We talked about the Opportunity Scholarship Program—That’s that $4,200 we talked about. The Special Needs for Children with Disability Grant, that we passed in 2011, that’s $8,000. The Special Needs ESA is $9,000. And so with this program, what we’re allowed to do in North Carolina, particularly for low-income working-class families which children most significant disabilities, they will be able to stack all of those measures up: the $4,200, $8,000 and $9,000, and if it takes that they’ll have over $21,000 to be able to utilize, to try to find the best education that’s going to help that child, particularly the child with most significant disabilities. And again, we’ve got a lot to be proud of, all three distinct programs, but we like the fact that families, if they are eligible, can apply to receive all three.

JOHN RUSTIN: Darrell, you also mentioned that this is the time of year, in February, when schools and parents are beginning to make decisions about the next school year, especially when it comes to Opportunity Scholarships. What are the application deadlines that parents need to know about and where can they go to get more information about all the matters we’ve been discussing today?

DARRELL ALLISON: That’s a great point and John, I want to make sure our listeners know two of the three programs—so, the Opportunity Scholarship Program, that application opened up February 1, as well as the Special Needs ESA, which we just talked about—both programs, two of our three programs opened up February 1. So, we always encourage our listeners, if you’re interested, visit schoolchoicenorthcarolina.com. All one word: schoolchoicenorthcarolina.com, and get familiar with it and take action. There’s nothing wrong with applying there and then a few months from now, Children with Disability Grant applications will open up May 1st. So again, a lot’s happening—exciting things happening and I’m just so happy for our state and. more importantly. for our families and citizens of this great state.

JOHN RUSTIN: Great. Darrell, thank you for sharing that. It’s been a real pleasure to have you on Family Policy Matters today, partly because it was recently announced that you actually will be leaving Parents for Educational Freedom in North Carolina to pursue a new and exciting opportunity. As we end our conversation today, tell us about that.

DARRELL ALLISON: John, it’s been a pleasure. I’m the founding president for Parents for Educational Freedom in North Carolina—way back in July 5, 2005, to be exact. Back then, we were the “little engine that could” and we’re now over 60,000 supporters strong and [able] to really make some impact in the lives of families. And that’s just so rewarding. We leave this work in good hands. We’ve got a good team here. There’s still much work that needs to happen, so I’m really excited about that. So with that, I will be stepping to a new role with American Federation for Children—it’s a national organization— as the new National Director for State Teams and Political Strategy. I’m hopeful that we’ll take a little bit of what we’ve been able to do in North Carolina, and we’ll be able to apply that and expand in some states, and start some new programs in other states. Very, very honored and humbled by the opportunity here. We aim to do our part.

JOHN RUSTIN: Darrell, I want to say once again how much we have valued and appreciated the partnership. But also, we’re excited about this new opportunity that you have and know that you’re just going to do an incredible job. We are glad that we’re not just saying goodbye, it will just be working in a little bit of a different capacity with you, but now look forward to seeing what you’ll be doing as you take that to a national level.