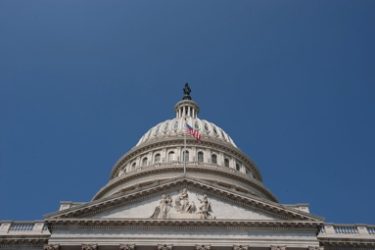 The U.S House is considering a bill that would close a legal loophole that currently allows cities, counties, and states to issue federally tax-exempt bonds to help finance the construction of abortion clinics. U.S. Representative Robert Pittenger (R-NC) introduced H.R. 4131—No Abortion Bonds Act last Wednesday. A bipartisan group of over 50 Representatives co-sponsored the bill.

Under current Federal law, state and local governments can issue tax-exempt bonds to help finance construction of building projects like schools, roads, and hospitals. There have been examples, however, of these tax-free bonds being used for the construction of Planned Parenthood abortion clinics. Some notable examples were pointed out by Rep. Pittenger in a press release when he introduced the bill:

H.R. 4131 would remove the tax-exempt status of any bond that would help finance any “facility owned by an abortion provider or used (for any purpose) by an abortion provider….” Exemptions are made in the bill for hospitals, as well as clinics that may perform abortions only in the cases of rape or incest or where the mother’s life is in danger.

“This legislation applies the spirit of the Hyde Amendment to the tax code, by preventing tax-free bonds from going to abortion providers,” said Rep. Pittenger in a recent newspaper opinion piece. “While the 1976 Hyde Amendment prohibits the use of taxpayer-funding for abortion or abortion-related services, a loophole allows these infrastructure bonds to be used for abortion clinics.”

Among the over 50 U.S. Representatives who have co-sponsored the bill so far, four are from North Carolina: Reps. Richard Hudson, Walter Jones, David Rouzer and Mark Walker.

NC Family will provide updates on the progress of this important legislation as it becomes available.