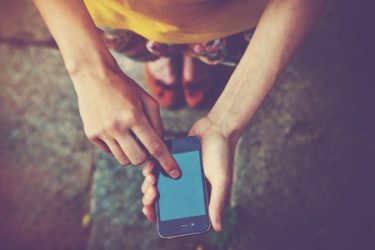 Talk with any parent of a school-age child these days and sooner or later conversation turns to what school they attend and how well it is working for them. School choices abound in North Carolina with public, private, charter, home, and early and middle college options all available. With so many decisions, parents need help knowing what schools are located near them and some way to determine if it will be a good fit for their child. Well, now there’s an app for that!

Parents for Educational Freedom in North Carolina (PEFNC), an organization of parents who advocate for educational choice, has launched a new web app called NC Schools Around Me (ncschoolsaroundme.com). It was developed to provide North Carolina families with a central database to search schools in their area including:

The app allows parents to input their information, and a map appears with schools in their area. For the traditional public and charter schools, it shows 2015-2016 report card grades released by the NC Department of Public Instruction. When clicked, a box will pop up to provide more information about what the grade represents, as well as a link for further information.

The new app is an outgrowth of PEFNC’s mission to inform parents of the benefits of expanded school choice and empower them to exercise freedom in meeting their children’s needs, regardless of race, national origin, income or religion. The app is more necessary than ever for parents in NC because of the rapid growth of school choice in our state:

The app is still a work in progress and should increase in usefulness as more functionality is added. “Private schools do not have a grade,” explains PEFNC’s Brian Jodice. “We are collecting tuition data from private schools so that we can incorporate average tuition into the private schools section. Also, we will include whether or not other financial aid options are available through the school itself.” PEFNC hopes to expand on public school information as well.