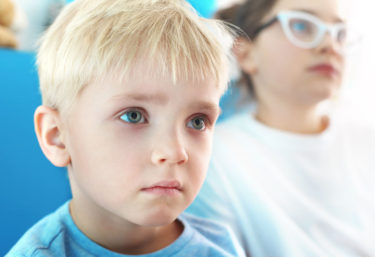 Opioids are a hot topic at the moment. I see news articles about drug deaths, crime, lost economic productivity, and the burden on the healthcare system. But what I less often hear anyone talking about is the devastating impact that opioid abuse has on the children of users. And that impact on kids may just be the most significant of all.

Last year, my husband and I became foster parents. There were classes, meetings, interviews, background checks, and reams of paperwork. We got lots of information about the needs of kids who come from difficult places and about the trauma of being removed from their homes.

What I wasn’t prepared for, though, was the sheer numbers. We’d had our license only a couple of weeks when we found ourselves moving a sixteen-year-old girl into our home. And on the very day we were moving her in, we got a call about a second girl. Could we add a nine year old to the mix? We had to say no.

Ten days after the sixteen-year-old left, we got another call, this time for three brothers who needed to be moved that day. On three hours notice, we became parents of three children under five.

The boys were with us for three months, and within days of those children leaving, we received more phone calls. In fact, in just the past week I’ve gotten two calls about children who’ve needed somewhere to go immediately.

I struggle with getting my head around the idea that there are this many children in need of homes. Across America, there are nearly half a million children in foster care. In 2016, the most recent year for which the U.S. Department of Health and Human Services has published data, nearly 274,000 children in America entered the system.

North Carolina alone has nearly 10,000 kids in foster care—5,800 children in North Carolina entered the system in 2014, again, the most up-do-date data available. The most common reason those kids are coming into care is not abuse. Actually, physical abuse is fourth on the list.

As a foster parent, I talk with a lot of social workers. And as a policy geek, I ask a lot of questions. The statistics tell the same stories that these social workers consistently do. They see more and more kids coming into foster care because of parental drug use. And that coincides with an increase in opioid abuse.

I say all of this for two reasons. First, we should all care about this more than we do. North Carolina families, churches, and community organizations—anyone who cares about kids—need to be concerned about the opioid epidemic. It’s having a devastating impact on children. And taxpayers should care about it because the foster system is expensive. Last year, North Carolina spent something like $630 million on foster care—and that’s just the easily identifiable line items in the state budget.

Second, legislators and policymakers need to keep those kids in mind when they’re considering the opioid crisis and ways to address it. Those thousands of kids in the foster system have become the state’s responsibility. Smart, effective approaches to addressing the opioid crisis are crucial if we’re going to deal well with the thousands of children who find their families torn apart by opioid abuse, and if we’re going to reduce the numbers of kids who will find themselves there in the future.